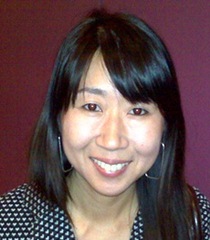 Mike Gencarelli: How did you end up voicing Beemo and Lady Rainicorn on “Adventure Time”?
Niki Yang: I went to school with Pen Ward (the creator of the show) and we got closer when we were doing shorts with Frederator/Nickelodeon. Frederator is the one who made this short program possible (“Random Cartoons”). He was right next to my office and we got to hang out and stuff. Later on, he asked me if I wanted to do storyboards for him. At the same time, they were looking for a Korean speaking girl for one of the roles, which I happen to speak. So he asked me to voice Lady Rainicorn first. They also had some problems finding a voice actor for Beemo after auditioning professional actors but Pen really didn’t like them. So he asked me again to also do the voice of Beemo [laughs]. So that is what happened.

MG: Was is it about this show that draws its audience in?
NY: It is great. Not just visually, the story appeals to a wide range of people from young kids to adults. You are just able to connect with its so easily. There are stories about friendship. I love the animation style as well. It is so different and unique. Pen actually went out and found artists after reading their comics. He asked them to come on the show and that is very unusual in this industry.

MG: How can you reflect on the show’s success and popularity of your characters?
NY: Whenever I watch the show, I feel like my voice and acting pops out maybe since it is so unprofessional [laughs]. But people seem to like it, so I am flattered and happy about it. Especially a lot of Korean American kids write me a lot about it and that is really cool to me.

MG: I don’t know a thing that Lady Rainicorn is saying but I still love her [laughs].
[laughs] It is so amazing.  You still just hear her dialogue and it is so charming. I think a lot of fans of the show though are translating what she is saying and putting it on the web [laughs].

MG: Besides voicing the characters tell us about your role as storyboard artist and writer?
NY: Some people have natural talent to tell jokes while writing the story. I grew up in Korea and came to the U.S. to go to school. So I didn’t grow up with the same culture. So it was harder for me writing jokes due to the cultural differences. But I still really enjoyed it. “Adventure Time”, especially, it was my first writing gig. I have been doing storyboards prior but it was the first time writing. It was challenging but at the same time very fun. After that I got another gig to write and I have since gotten used to it.

MG: How does this show compare to your work on “Gravity Falls”? Oh [laughs], that is a bit different. NY: Cartoon Network is a pretty casual company compared to Disney. I like to work for both though but they are different. With Disney the executives are very hands on. It is a little more straight. I love Alex Hirsch’s show and the writing is just amazing. The art is also extraordinary. I really enjoy it. “‘Gravity Falls”‘ is a script driven show. My job is following the script and help the story telling with visual components. No writing involved. Although, Alex always encourage us to add any writings or gags, if we want to.  I have learned a lot from “Gravity Falls” like doing different shots and it has made me more crafty. Compared to “Adventure Time” which is more free which allows us to write. The technical side of the boards is the second concerns. The priority of the writing driven shows (such as “Adventure Time”) is writing. So they are both different but also both fun.

MG: Being an animator, what is the most challenging aspect of working on television?
NY: For me it is time consuming. Production companies are asking more and more these days of artists. So we are doing many peoples jobs all at the same time. The schedules are pretty tight and if I would want to play around with the writing and different shots but we usually don’t have the time. So, that is my biggest challenge working on TV.