I hate to sound like Grandpa Simpson here, but “back in my day,” Saturday morning cartoons were…well they were cartoons. They weren’t 30 minute advertisements for toys (I’m looking at YOU, Transformers). Animator Rick Farmiloe remembers that time, and how his work then led him to a stint working on some of the greatest and best loved animated films in recent history.

Beginning on such shows as “Fat Albert and the Cosby Kids” and “The New Adventures of Tom and Jerry,” Mr. Farmiloe worked his way to the Disney Studios, where he helped with the animation of such early 1980 films as “The Great Mouse Detective” and “The Black Cauldron.” He continued working in television, including multiple episodes of “Ghostbusters” and “She Ra- Princess of Power.”

Back at Disney, he worked on “Oliver and Company,” then helped take Disney into an all new world of animation success, designing some of the most popular characters of all time, including Scuttle in “The Little Mermaid,” LeFou in “Beauty and the Beast” and Abu in “Aladdin.” He has also animated for Dreamworks (“The Prince of Egypt,” “Shrek”) and added his touch to “The Simpson’s Movie.”

To help spread the word that “Frozen” actresses Eva Bella, who played young Bella and Livvy Stubenrauch, who played young Anna will be appearing at the upcoming Kansas City Comic Con (Nov. 10th-12th), Mr. Farmiloe took some time out from his schedule to talk with me about his career.

Mike Smith: You began your career in what was, to me, the golden age of Saturday morning cartoons. How has the process and style of television animation changed since you started?

Rick Farmiloe: When I started in the late 1970’s all animation was still done in the US. Most of it now is sent overseas to keep down costs. Storyboarding is still done here, but the actual animation is done out of the country. TV animation was a good way for a young animator to get started. A lot of veterans were around to help with advice and drawing tips. These days there are a LOT more outlets and styles of animation. There were no ‘adult’ cartoons back then. It was all very safe and by the book. “The Simpsons” changed all that, and now TV animation runs the scale from pre-school to ‘R’ rated style shows.

MS: You’ve animated some of the true classic Disney characters of the past three decades. How are the characters assigned?

RF: At Disney we were cast just as actors would be cast. Those with very strong draftsmanship, or a bent towards more realistic characters would be cast on the leads. I always had a knack for doing more comical animation, so I was always cast to do funny sidekick characters. Those characters were always attractive to me because of the freedom to come up with funny things for my characters to do. I always wanted to ‘plus’ my animation, and if I could come up with an even funnier idea or gag, I was given the freedom to pitch it to the director. If he liked it, I gave it a shot. ALL animators were encouraged to improve upon ideas that were in the script or in storyboard form. A friend of mine once compared my animation to that of Ward Kimball, one of Disney’s famed ‘Nine Old Men’ because Ward pretty much only animated sidekicks as well. That was a huge compliment of course, but that was a role that I felt very comfortable with. I was never one of the best draftsmen at Disney, but I feel I had a talent at doing some funny animation. People still remember a lot of my scenes. I am very proud of that role.

MS: You’ve also worked on some non-Disney animated features. Are there different rules for animating for Disney as opposed to a studio like Dreamworks?

RF: At Dreamworks, Jeffrey Katzenberg made a decision to NOT be ‘Disney’. He was largely responsible for helping to create a style at Disney during the 80’s and early 90’s. He knew trying to be another Disney was the wrong way to go. The character designs and overall feel of the Dreamworks Films were much different from what was done at Disney, even though a lot of us came from Disney. He wanted the films to be for more mature audiences, not for small children but more like teens. “Prince of Egypt” was the first film in that style. It was a really bold choice in subject and style. I had to adjust my animation style to fit the subject matter. I animated the camel. I wanted to still make him funny, but without the usual broad animation and really cartoony style I was used to doing. I think the film holds up really well. I’ve always respected Jeffrey so much for wanting to come up with a new and unique style of filmmaking.

MS: Best show, in your opinion, between “The Simpsons,” “Family Guy” and “South Park?”

RF: You forgot “Ren and Stimpy!” (laughs). I like all of those shows a lot! The writing on all of them is just so smart and never obvious. They are all more of an adult nature, but completely unique in style and content. They all have their copycats of course, especially “Ren and Stimpy!” But since you are FORCING me to pick only one, I’m going to have to go with “The Simpsons.” It was the first and still the most consistent. Matt Groening is an absolute genius. The show has been on the air since 1962 or something and still has that great quality. The reason it’s still on, if you ask me….and I think you did….is because people LOVE that family! They seem 100% real. And beneath the sarcasm and cynicism, there is a real love between all the family members. I was lucky enough to work on “The Simpsons Movie,” and got to see first hand how that franchise works so successfully! INCREDIBLE writing! It will probably be on long after we are all gone!

MS: What are you working on next?

RF: I am always doing freelance on one project or another! I just finished animating on a live action Chinese feature that has some sections of hand drawn animation. We are in the planning stages of doing some animation for a documentary/celebration film on the legendary band, Cheap Trick! My girlfriend Christi Haydon and I have teamed up on a fun project called “Full Moon Cartoons.” It is a one panel cartoon that deals with us as cartoon characters who have moved to a town called Full Moon Springs. It is inhabited solely by monsters! It has a very mid-century modern style to it. It deals with us just trying to fit into the monster world as comfortably as we can, with funny results. It comes out every Friday, which we call ‘Full Moon Friday.’ You can find it on a site called HorrorBuzz.com, and our Facebook page called Rick+Christi’s Full Moon Cartoons. It’s so much fun for us because we have EXACTLY the same sense of humor. I have loved drawing classic monsters my entire life. Christi is a writer and production designer who loves stylistic details, and is great with color choices. We also love traveling around the country appearing at numerous comic conventions, meeting fans and making lots of new friends! It’s a very exciting time.

You can also see more of Mr. Farmiloe’s work here. 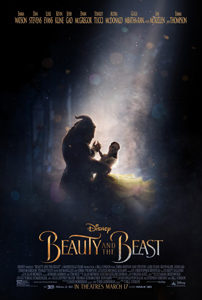 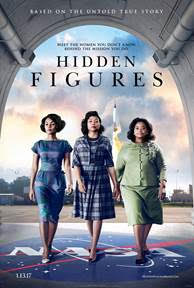 It’s a tale as old as time. Media Mikes has teamed up with Walt Disney Pictures to invite you to “be our guest” at the Kansas City-area advanced screening of one of the most anticipated films of the year, “Beauty and the Beast.”

We are giving five random readers a chance to win a Family Four Pack of tickets to attend the special 3-D screening on Tuesday, March 14, 2017. The screening will begin at 7:00 p.m. All you have to do is let us know below your favorite “Disney” song. Is it something from the “Lion King?” “Let it Go” from “Frozen?” Or something catchy from “Mary Poppins?”

Five random winners will be chosen from all entries and they will be notified by email. The contest ends at noon on Sunday, March 12. Good luck!