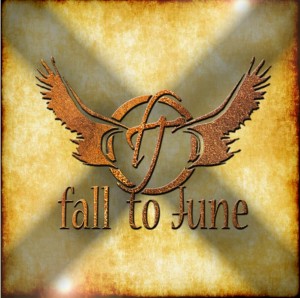 The rock group Fall to June is set to release their newest self titled album April 21st and they couldn’t be more ready for fans to hear it. The group which consists of former Cold bassists Jeremy Marshall, drummer Nate Yant, guitarist Dan Mickler, vocalist Ben Badger and former Shinedown guitarist Jasin Todd will be helping out the band during their live shows. Media Mikes had the chance to speak with Ben Badger recently about the group’s formation, the upcoming album and the groups spring/summer tour plans.

Adam Lawton: Can you give us a little background on how things came together for the band?
Ben Badger: Back in the early 2000’s there were some guys playing around Orlando and they needed a singer. They had management already and were working with a producer so they needed to start the audition process. I was doing my own thing at the time and I got a call from their manager one day asking if I would be interested in auditioning for the guys. I said I would give it a try and they sent me a couple tracks to learn. I learned them just like they were on the copy I was given and went down to the studio one day to audition. I had asked them if we could try one of the songs a little differently as I had come with this idea. They ended up liking what I did and I got a call the next day telling me I go the gig. In 2005 we took a hiatus and it lasted 9 years. (Laughs) As the band stands now there are only two of us from that original line up. We started talking to some of our friends who also played to see if they would be interested in joining us and they were. We have a pretty solid line up now and were having a good time.

AL: What can you tell us about the new album?
BB: When we took the hiatus in 2005 I didn’t think of it as that. In my mind I was done. Almost 3 years ago Nate the drummer and our original guitarist showed up for my birthday and we ended up jamming. We started drinking and having fun during the day and hanging out playing music in my studio at night. During that time we wrote a new song. Nate for years had been bugging me to record and I kept turning him down. Finally I said yes as I was under the impression we were just going to record an EP of some of our old songs and this new track “Delta Breakdown”. Things turned out so good that Brad Stewart formerly of Shinedown and who is currently playing with Fuel asked if he could take them to some people. We ended up getting picked up and the EP turned into this full length album.

AL: What was it like working with Brad and Producer Stan Martell?
BB: I have been a fan of Brad for years. When I met Stan I knew there was something familiar about him but I couldn’t figure out just what it was. It ended up being that before I joined the band I was in the process of auditioning for another band in the area at that time. Stan was the bass player in that band and that’s where I knew him from. Stan does some amazing stuff and we call him our mad scientist because sometimes we just have to look at him and say “Really!?” Stan pushed us to where we would get a little bit mad at him but that’s what you need. I helped get the best out of us as musicians. He wouldn’t give up until he got what he wanted. I have nothing but respect for him.

AL: What can you tell us about the bands current single “Delta Breakdown” and are there any plans to put out another track prior to the album’s release?
BB: “Delta Breakdown” has been out a few weeks and is already on the charts. I think currently we are in the top 50 for rock. We are pretty happy for that and the song is getting a good strong push. As for another single we want to wait until the album is released so that we can sort of see what songs people are asking for. We have done test audiences and all that stuff but we want to see what the fans want.

AL: What type of tour plans do you have lined up?
BB: April 4th we are doing the “Rock for Kids” benefit show in Jacksonville. That is the first show we are doing before heading out on this southern leg tour. From there we go to North Carolina, Tennessee and New Orleans before we hit Texas which is where we will be when the album actually comes out. We are also working on something else but we can’t say too much right now about that.