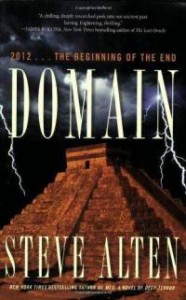 Steve Alten is the author responsible for the amazing novel “Meg”. In case you are not familiar with the series, “Meg” is not about a girl is it about a Megalodon, a prehistoric giant shark that is believed to be extinct. The novel was released in 1997 and since then has spawned three sequels,”The Trench”, “Meg: Primal Waters” and “Meg: Hell’s Aquarium” and a fourth on its way. Steve has been trying to get a movie version of “Meg” made since before the book was published and may finally be seeing a light at the end of the tunnel. MovieMikes had a chance to chat with Steve about his novel series “Meg”, its possible movie adaption and his other series as well.

Mike Gencarelli: You have been trying to get “Meg” made into a feature since 1996, what has been the hardest challenge?
Steve Alten: The biggest challenge with Hollywood Pictures and New Line Cinema was getting a good script. At the time I was a new writer and I could have written the best script in the world but they weren’t going to look at because they wanted to hire an A-list writer. After the deal with New Line Cinemas didn’t work out in 2007, we re-obtained the rights to the film. I decided to use our own producer Belle Avery who was very good at putting together independent financing. Belle was able to secure around $150 million based on my new script. We took my script and a script from another writer and after taking our names off both we sent them to about 25 people in the industry and all 25 picked my script. We were pretty convinced from there that we were on the right track.

MG: According to your June 2011 newsletter, you believe we might be seeing “Meg” in summer 2013?
SA: The paperwork on the financing is being completed right now and should be done by next month. Hopefully sometime in July we will have a formal announcement. We will probably start pre-production in January followed by some major announcements of a director and cast. We are targeting summer of 2013

MG: The “Meg” series is my favorite, you are currently working on “Meg: Night Stalkers” and a “Meg” prequel, what can you tell us?
SA: The prequel is done and it’s really a bonus for those who have been following the series. The story goes back Jonas’s original story about how he came across the Megalodon seven years prior to “Meg”. The back story delves slightly into “Meg” and it’s about an 80-90 page book. It’s going to sell as an eBook for around $1.99. It’s really just something for the readers to get them into the series. As far as “Meg: Night Stalkers” I haven’t started that yet. I won’t do that until we have an official greenlight on the “Meg” movie. I don’t want to jinx it. Once I get the green light I will know how much time I have, as I would like to release the book a couple weeks before the film.

MG: The Domain Trilogy is also continuing with “Phobos” this fall, tell us about that novel?
SA: “Phobos” is great because Domain is a series that I never really understood the full impact of until I started writing “Resurrection” which led into “Phobos”. “Phobos” was an opportunity to take the story where it left off in 2046 and send it back to the pre 2012 days. I was really able to explore the characters of Julius and Michael Gabriel which also allowed me to give them an alternative ending. At the same time “Phobos” deals with a situation that is actually happening and could be a threat to both humanity and to the planet it’s self.

MG: What is your process when you are preparing to start a novel?
SA: I am sort of doing now as we speak. Since finishing the “Meg” prequel, I am free to move onto my next novel which I have been planning for a few years titled “The Omega Project”. I don’t really understand the book yet so I have starting reading a lot of material that has to deal with the story which then allows me to figure out the story from the research that I am doing. I have a stack of book on my desk to help me get into my lead characters and the overall story.

MG: Unlike most authors, you are very connected with your fans and welcome ideas and suggestions, do you enjoy their feedback?
SA: Absolutely! I have received newsletters from other authors and they always seem to be just an advertisement for their upcoming book. I think there has to be a portion of promotion, but I find it’s more interesting for me if I put living tips and jokes in my newsletter which are things people can use along with information about my upcoming books. It’s kind of egotistical if I just put out a newsletter about me. I don’t think people really would want a newsletter just about me. I don’t even want to right something like that as I would run out of things to say pretty quickly.

MG: What would you say has been your most rewarding series so far and why?
SA: I would probably say it was “Grim Reaper: End of Days” which took me two years to write and was an absolutely exhausting process. When I read the book the payoff is definitely there with all the layers. I don’t think it’s my most widely appreciated book yet but I think it will be over the years though. I really enjoyed writing “Phobos” as well it was very satisfying and a great wrap up of the first three novels while opening the door for a fourth.

MG: Do you have any plans to turn any of your other novels into films (hint, hint: “The Loch”)?
SA: I think every book I write is written for the cinema. The ideas are all pretty big tent poll ideas. We have optioned “Domain” and hope it makes it to the movies because there are some really great people behind it. “The Loch” has also been optioned by the same people who are involved with “Meg”. I think they all really have potential to films and hopefully this first one will be the domino that needs to fall and get everything rolling.

MG: Tell us about your Adopt-An-Author program, which is just fascinating.
SA: Adopt-An-Author started almost on its own after “Meg” came out. I started to get an influx of emails from teenagers who hated to read but read “Meg” and loved it. I also started getting emails from teachers who were telling me that they were using the book in their teaching curriculum’s. I had then found out that “Meg” had been named #1 book for young adults who were reluctant to read. I realized then that I needed to get involved and with my back ground in education I was sort of putting my degrees to work. We provide free materials to teachers that want to adapt this into their curriculum’s. Youth who are involved in the program can email me and I reply just as I would with any other reader but at the end of the unit the teachers can contact me and I will do a conference call with the class or if it is local I will go to those classes and speak. We started the program in 1999 with about 10 teachers and this past year we surpassed 10,000 registered teachers. The best part is it’s all free!