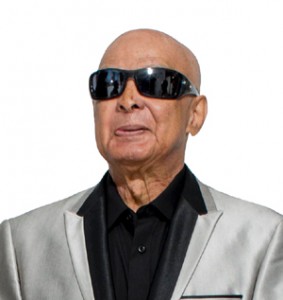 Jimmy Carter is one of The Blind Boys of Alabama, the five-time Grammy Award winning gospel group. This year marks the band’s 70th Anniversary together and Jimmy is a founding member and has been there since the beginning. The band has collaborated with musicians like Ben Harper, Tom Waits and has performed for numerous Presidents over the year. Jimmy took out some time to chat wiht Media Mikes about their new album “Talkin’ Christmas!” and about the band’s 70th anniversary.

Mike Gencarelli: “Talkin’ Christmas!” is your second Christmas album after 2003’s “Go Tell it On the Mountain”; how did this come about and teaming up with Taj Mahal?
Jimmy Carter: Taj Mahal has been fans of The Blind Boys for a long time and we have been a fan of his as well. When we approached him, he was ready and eager to do it! Then we all got together went into the studio and did our thing [laughs].

MG: I listen to a lot of Christmas albums and if you are lucky an artist includes one new song in their album. You guys have given us seven brand-new holiday songs – six of which you written yourselves with this new album; what made you decide to that this route?
JC: That’s right. It is mostly all original stuff on this album. We all got together and wrote some great songs. I think that is what makes it a good album. The first Christmas that we did was mostly traditional songs but this one we wanted the material to be new. I hope it goes over good. We are trying to remind people what Christmas really is about. Christmas had gotten very commercial, so we are trying to put Christ back into Christmas.

MG: Since this is a holiday themed album, I am curious when was it recorded?
JC: We recorded this one in March, if I remember correctly. With the songs that we had it put us in the Christmas mood. So it wasn’t hard at all to record after the holidays and ended up being quite fun.

MG: 2014 is your 70th anniversary of The Blind Boys of Alabama, what is it like to be performing together all these years?
JC: It still feels good. Every year you get a little older but when you still enjoy and love what you do it keeps you going. Everyone is still in pretty good shape, so I foresee us being around for at least a little bit longer [laughs].

MG: If you were asked to pick the first highlight that comes to your head over the many years together, what would that be?
JC: A few come up actually. We had the privilege to singing to three Presidents. Even got to meet former President Jimmy Carter twice [laughs]. That was really cool. Then we got our first Grammy in 2002 and that was an amazing moment. Those are the two that come up the top of my head right now.

MG: You have teamed up with songwriters such as Ben Harper, Eric Clapton and Prince in the past; any more team ups planned next?
JC: I especially enjoyed working with Ben Harper. He is a great writer, a great singer and a great musician. He brought a lot to the table man. I really enjoyed working with him. I think Ben wants to do something else with us. We have to sit down and talk about it but I think he is ready…so we will see.

MG: Any tour dates planned for this album this Fall?
JC: Yes! We are going to start our Christmas tour on November 28th. We are starting that Friday night in Fredrick, MD and we will end up December 23rd in San Diego, CA.