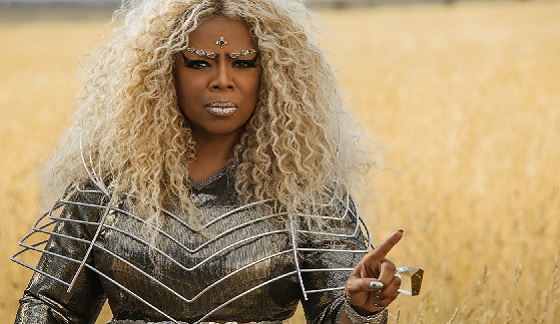 A Wrinkle in Time

Disney has had no problems taking a few risks here and there, especially since their Marvel and Star Wars properties guaranteeing the studio an easy half billion dollars (at the very least) every time one is dropped. So it’s understandable that they can make a calculated gamble or two on tricky creative properties. With “A Wrinkle in Time,” the movie studio certainly rolled the dice with a very well-known, but difficult to transcribe, story. Unfortunately, Disney has rolled snake eyes.

By no means would it be easy for anyone to take the most frequently challenged pieces of literature of the 20th century and turn it into a big budget visual delight for mainstream audiences. The book’s blending of Christian spirituality and grounded science are a complicated combination that creates a fear for movies producers when it comes to potentially upsetting several groups. Writers had to not only conjure something enlightening and mentally stimulating, but have it be void of controversial thesis statements about life. Of course if you don’t know anything about the book, you’ll be confused on how the film handled that narrative regardless.

Meg Murry’s (Reid) father, Dr. Alex Murry (Chris Pine), has been missing for several years. Many believe he simply abandoned Meg, her brother Charles (Deric McCabe), and their mom. But others believe something planetary happened because of Dr. Murry’s pursuit and interest in interdimensional travel. He had a theory about the brain being able to traverse universes and being able to move from locale to locale with the use of the mind’s focus. It’s a lot of exposition and scientific theory to take in already; it doesn’t help that “A Wrinkle in Time” quickly ushers in three astral travelers, each with a specific quirk and power.

At about the halfway mark, I began to wonder if “A Wrinkle in Time” was more concerned with telling rather than showing. I also questioned the film’s direction because at this point, I felt nothing for any of the characters on their journey. Sure Meg and Charles feel slighted by their father, who they’re ultimately searching for, but outside of those abandonment issues, there’s not much there for viewers to latch on to. It doesn’t help that much of the emotional core of the movie is derailed by having to shoehorn in a new character every five minutes.

The movie really doesn’t work until the final act, after we’ve had to suffer through a lot of confusing tone changes, half-hearted story beats and dead end CGI spectacles. I believe the final act only works because the movie finally embraces the concept of alternate realities and begins treating Meg like the adult she’s maturing into. Although it could have paid off more if we got more time with the characters being themselves instead of reciting exposition and acting wooden in the face of extraordinary circumstances.

I remember reading “A Wrinkle in Time” back in sixth grade as an assignment. It came after a class reading of “The Lion, the Witch and the Wardrobe.” My recollection of the book itself is fuzzy, but I remember having to reread an entire chapter because I felt like I had just tried to digest algebra for the first time. Disney tried to adapt “A Wrinkle in Time” back in 2003 and it was met negatively. It looks like they’ll have to try for a third time in about 15 years.