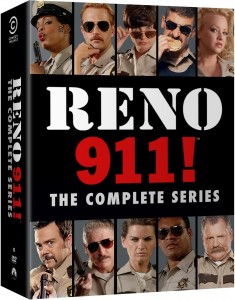 I grew up watching MTV and I discovered a show called “The State” back in the mid-90’s that changed and shaped my comedic sense of humor. This show was outstanding and spawned the careers of many talents actors. “Reno 911” is a project that includes was created and starred “The State” cast members Robert Ben Garant, Kerri Kenney-Silver and Thomas Lennon. This show was so outrageous and fun. It ran for six seasons on Cartoon Network. “The State” might have been canceled in 1995 but this show lived on for a long time and delivered non-stop laughs. Now, finally it is available for the first time as a complete uncensored series. Don’t miss this!

Official Premise: A critically acclaimed, hit series which ran for six seasons, “Reno 911!” let viewers ride shotgun with the courageous men and women of the Washoe County Sheriff’s Department as they lay down the law and put their lives on the line. Whether the Deputies are busting down the doors of a meth lab or busting “moves” at a local nightspot, the Reno 911! camera doesn’t blink.

Paramount did make sure thought that this release was jam-packed with some kick-ass special features. This DVD includes all 88 episodes from this series. There are audio commentary tracks on 32 of them. It may not seem like a lot but that is a shit load of episodes. These are not even good either…they are comedy gold. There is over an hour of alternate, extended and deleted scenes, as well as almost two hours of outtakes. TWO hours of outtakes!! My face was hurting so bad from laughing. Lastly there are two featurettes “Cops Psychology: Inside the minds of Reno’s Deputies” and “Profiles in Valor” rounding out these amazing extras. 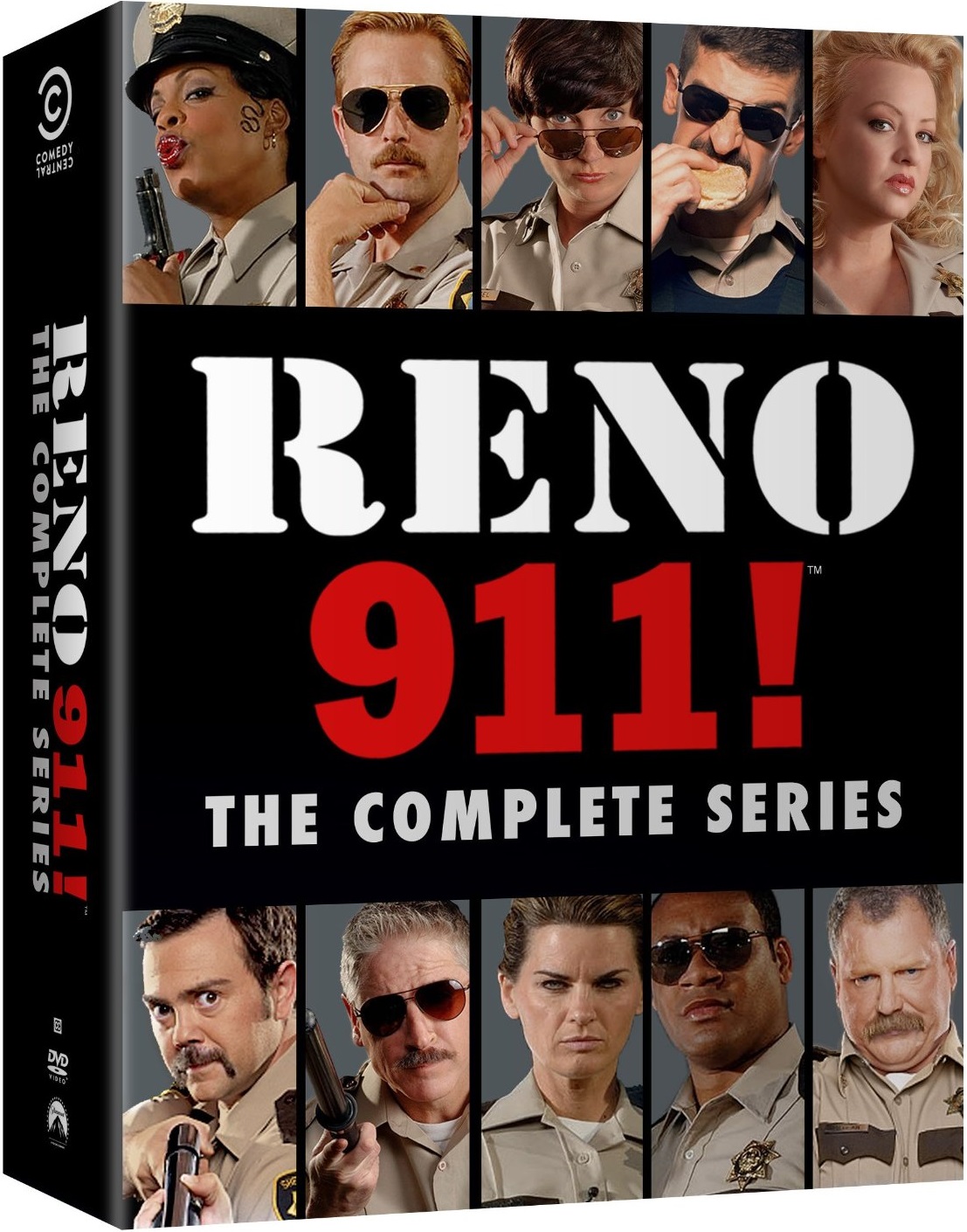 Currently Available for Pre-Order on Amazon.com

NEW YORK, October 14, 2014 – Beloved cult comedy “RENO 911!” will now be available to take home when the complete uncensored series is released on DVD on Tuesday, November 4 by Comedy Central Home Entertainment and Paramount Home Media Distribution. Available at Best Buy and major retailers nationwide, the discs are currently available for pre-order on Amazon.com.

A critically acclaimed, hit series which ran for six seasons, “Reno 911!” let viewers ride shotgun with the courageous men and women of the Washoe County Sheriff’s Department as they lay down the law and put their lives on the line. Whether the Deputies are busting down the doors of a meth lab or busting “moves” at a local nightspot, the Reno 911! camera doesn’t blink.

Bonus features include audio commentary on 32 episodes; over an hour of alternate, extended and deleted scenes; almost two hours of outtakes; and featurettes “Cops Psychology: Inside the minds of Reno’s Deputies” and “Profiles in Valor.”\