As “Smokey and the Bandit” is easily in my top 10 of all time favorite films I would be remiss if I didn’t remember the film’s creator, Hal Needham. Needham, whose Hollywood career took him from stunt man to director to Academy Award honoree, died earlier this week after a short battle with cancer. He was 82.

A paratrooper during the Korean war, the Arkansas-born Needham relocated to Hollywood after the war where he found work as a stuntman. After being hired to be Richard Boone’s stunt-double on the television western “Have Gun, Will Travel,” Needham quickly worked his way up to becoming one of the most sought after stuntmen in the business. In the 60s he worked in such classic westerns as “How the West Was Won,” “Little Big Man” and “McClintock.” He became Burt Reynold’s stunt-double and the two struck up a friendship that would last a lifetime. When he wasn’t standing in for Reynolds, Needham helped modernize the profession, introducing such safety features as inflatable air bags.

After getting a taste of filmmaking as a second unit director, Needham wrote a script entitled “Smokey and the Bandit” and showed it to his pal, Reynolds. Reynolds liked it so much he used his clout to get it made with Needham behind the camera. Since it’s 1977 debut, “Smokey and the Bandit” has grossed over $300 million worldwide. Needham and Reynolds teamed up again for an inside look at the world of stuntmen with “Hooper.” Other Needham/Reynolds collaborations include “Cannonball Run” and it’s sequel as well as “Stroker Ace.” He also wrote and directed (4) “Bandit”-based television movies.

In 2012 he became the second stuntman, after Yakima Canutt, to receive an honorary Academy Award for his stunt pioneering and film career. 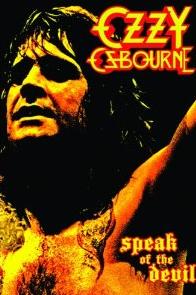 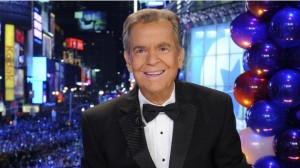 Dick Clark, whose almost seven decades on television made him known as “America’s Oldest Living Teenager,” died today after suffering a massive heart attack. He was 82.

Born in Mount Vernon, New York towards the end of 1929, Clark started out as a mail clerk at WRUN-Radio, which was run by his father and uncle, in Utica, New York. Within a year he graduated to doing the weather and finally his own newscast. He was 17.

He attended Syracuse University and after graduation returned to Utica where he hosted a television country music program. In 1952 he was hired by WFIL, a Philadelphia station that broadcast on both radio and television. Initially hired as a radio DJ, Clark begin filling in for host Bob Horn on the stations afternoon teenage dance show, “Bandstand.” When Horn was fired in 1956 after being arrested for drunk driving Clark took over the show permanently, soon establishing it as one of the most popular on air. In 1957 the ABC television network picked up the show to run nationally, re-naming it “American Bandstand.” The show became a hit nationwide, airing after school in most cities. Sensing a change in the music world, Clark was one of the first hosts to welcome black dancers and guests on his show.

In 1959, Congress began an investigation into what was known as “Payola,” which concerned record company executives paying disc jockeys to highlight certain records and ignore others. Clark was called to testify before the committee and admitted to taking a fur coat and some jewelry for his wife from one record company president. As this was the only incident, Clark was reprimanded. However, to avoid the perception of impropriety, ABC asked Clark to sell his interest in the television program. He did but managed to keep rights to several important individual programs. In 1963, ABC moved “American Bandstand” to Saturday afternoons, where it ran until 1989.

Clark was also a shrewd producer. In 1972 he hosted his very first “New Year’s Rocking Eve” program. He also produced and hosted several game shows, most notably “The $10,000 Pyramid.” This grew to $25,000 then finally $100,000. He also produced such other popular shows as “Bloopers and Practical Jokes” and the very popular “American Music Awards.” In 2004 Clark suffered a stroke, which kept him off the air on New Years Eve. But the next year he was back, with new co-host Ryan Seacrest. His speech was stilted but you could see the young man inside in his eyes. Dick Clark was a true television icon. I doubt there will ever be another like him.