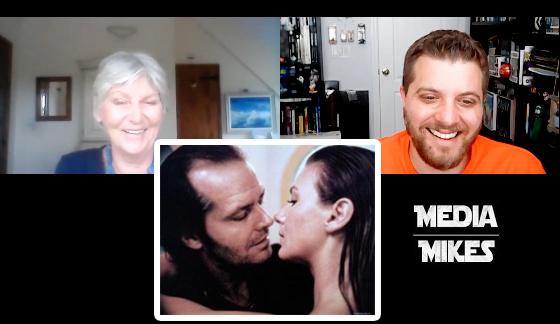 You may not know Lia Beldam by name but she is forever the Woman from Room 237 in “The Shining” and also recently reprised in “Ready Player One”. Media Mikes had a chance to chat with Lia about her role and the legacy of the film celebrating it’s 40th anniversary.

Also be sure to check out our first interview with Lia back in 2013 – https://mediamikes.com/2013/04/lia-beldam-reflects-on-her-role-as-room-237s-guest-in-stanley-kubricks-the-shining/ 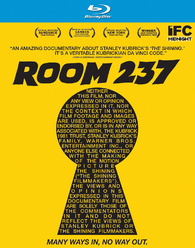 I had someone ask me the other day while attending Halloween Horror Nights what was my favorite horror film and without even thinking I belted our “The Shining”…duh. Hands down, my favorite and still creeps me out and gets into my head as it did the very first time I watched it. In fact, I still remember today exactly when the first viewing was over 20 years ago. I have never know about all the proposed hidden meanings in the film before this documentary. Some of the theories really get you thinking are backed with impressive facts, while others are complete bullocks and will have you rolling your eyes. I like to think that I can be open-minded and took it for what it is and really got into the various different theories that were presented to be laying behind the lines of “The Shining” and overall I really enjoy this film.

Official Premise: In 1980 Stanley Kubrick released his masterpiece of modern horror, The Shining. Over 30 years later we re still struggling to understand its hidden meanings. In the 30 years since the film’s release, a considerable cult of Shining devotees has emerged, fans who claim to have decoded the film’s secret messages addressing everything from the genocide of Native Americans to a range of government conspiracies. Rodney Ascher’s wry and provocative documentary “Room 237” fuses fact and fiction through interviews with both fanatics and scholars, creating a kaleidoscopic deconstruction of Kubrick s still-controversial classic.

If nothing else there is a ton of great work and research that has gone into this documentary. You can tell that the team behind it really love this film and were excited to get a chance to allow people to see the film in a different and new set of eyes. If for nothing else, the film achieves success on that level. What I do know is that I have seen this film three times and I enjoy it more and more every time. IFC gave the film an impressive Blu-ray presentation. The 1080p transfer is solid and works well, as does the DTS-HD Master Audio 5.1 track. I wasn’t a huge fan of the score personally but it was well-presented nonetheless. IFC also delivered this in a cool slipcase, rounding out an overall impressive release and a must have for any true fan of “The Shining”.

After seeing this film for the first time a few months back, I was very excited to see what they would have in store in terms of special features. Well, I have to admit, I was not let down. There is great and highly recommend commentary track with Kevin McLeod, called “The mstrmnd Speaks”, adds some additional theories and in-side looks. “Secrets of The Shining” is a must-see panel discussion from the First Annual Stanley Film Festival. There are 11 additional scenes that did not make the final cut of the film. There is a featurette on “The Making of the Music”. Lastly, there is a Mondo Poster Design Discussion with Artist Aled Lewis and Trailers included. 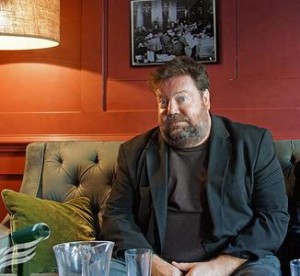 Tim Kirk is the producer of the new documentary “Room 237: Being an Inquiry into ‘The Shining’ in 9 Parts”. The film takes a look behind the film “The Shining” and exposes some of the films deeper meanings. If you are a fan of “The Shining”, then you need to watch this film ASAP! Media Mikes had a chance to chat with Tim about the film and his thoughts on the theories.

Mike Gencarelli: How did you end up getting involved producing “Room 237”?
Tim Kirk: For several months a few years ago, my baby daughter could only sleep while being gently rocked in my arms. During this time, I completed the Internet. In the deep recesses I found a mind-blowing essay about The Shining. I sent it to my friend Rodney Ascher, knowing he would dig it and hoping that he was awake. He called 10 minutes later and Room 237 was born.

MG: Tell us how the documentary ended up being split into nine parts?
TK: When we sat down to structure the film, we had many sequences of varying lengths. We tried a number of structures and this one seemed to work the most. Numbering the parts was aimed at giving the viewer a sense of the shape going into it, and a way to keep track of where they are in the film as they are watching. It’s an unusual structure so we tried to provide clues along the way.

MG: The documentary is thought-provoking and intriguing; what was your biggest challenge with this project?
TK: I think the biggest challenge of making this film was that there is no map for making a film like this. That’s also why making it was so fun and liberating.

MG: How long did the film take to complete from conception to release?
TK: We spent a year researching. Another year interviewing and editing. Then another year in post.

MG: Some of the theories are a little bit of a stretch in my mind; which ones do you feel have the strongest case in the film?
TK: We tried to make the strongest case we could for each theory. Rodney once described the apparatus of the film as being “this persuasion machine.” I have completely believed each theory at one point or another. Right now, three some years in, I don’t know what to think any more.

MG: Are you shocked by the response that this film has generated since its release?
TK: I am blown away by the response to this film. At many times during the making of the film, Rodney wondered if he wasn’t Jack, typing away on his nonsense novel. In that scenario, I am probably Lloyd, pouring the drinks and urging him on.

MG: Is there any extra footage planned for the Blu-ray release? What other kind of extras can we expect?
TK: We have some deleted scenes, many audio, for the DVD. Some great theories and ideas that didn’t make it into the film. Let me just say “Big Dipper.” Also, some alt trailers and other goodies.

MG: Being a fan myself; what is your personal favorite scene in Stanley Kubrick’s “The Shining”?
TK: I think my favorite scenes are when Jack is at the bar, talking to Lloyd. We get a glimpse into the sort of novel Jack would be writing if he could. He clearly fancies himself a working man’s writer, using crass and derogative language. His spells of angry eloquence here and on the stairwell are in real contrast to the phoney we meet in the interview scene.

MG:What do you have planned next after this film?
TK: Working with Rodney is great and we have a couple of documentaries in the works. There is a narrative project I’m working on. I’m also hoping to become a fierce soccer dad.