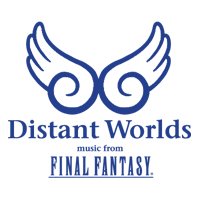 I feel that Arnie Roth outdid himself with this show. I’ve seen another show that he produced and I liked this one even better. Every show is a little different. As they have over 300 songs to choose from over the Final Fantasy series, there is always a different selection. Some staples are at every show, though, with things such as the Prelude. You just can’t start a Final Fantasy show without that one.

This is a combination show. There is a live orchestra with a live chorus. The music is performed in time with a pre-recorded video showing clips of various Final Fantasy games. For example, if you’re listening to Final Fantasy VII music, you will see clips from the games as well as from the Advent Children movie. So, there isn’t much else to say about this show, because you just have to go yourself. I wanted them to keep right on playing when it was over. I can’t wait until the show is in town again. Go get your tickets. GO! 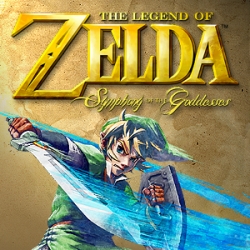 The Legend of Zelda: Symphony of the Goddesses
Dr. Phillips Center for the Performing Arts
Orlando, FL
July 18, 2015

The Legend of Zelda: Symphony of the Goddesses was a delicious meal for the ears and eyes. The concert started off softly, drawing you in with the subtle sounds of Zelda. Of course, they saved some of the best songs for last.

A live orchestra and chorus performed in sync with clips from various Legend of Zelda games, such as Twilight Princess and Majora’s Mask. For added effect, live cameras would occasionally pan into orchestra pit to feature an instrument soloist. Also, they featured video clips where the games’ creators, such as Shigeru Miyamoto, sharing the delight they’ve had in creating the Zelda games.

The only downside was that sometimes the audience would get overly excited at the beginning of certain, popular songs and start loudly clapping and cheering. This, sadly, would overwhelm about 20-30 seconds of the song. While I was a little disappointed to miss the start of the song, I had to admit the music deserved the applause.

Regardless of the occasional crowd noise, this show is a must see for the avid Legend of Zelda fan. A live orchestra that is playing Zelda music? It was everything that I imagined.