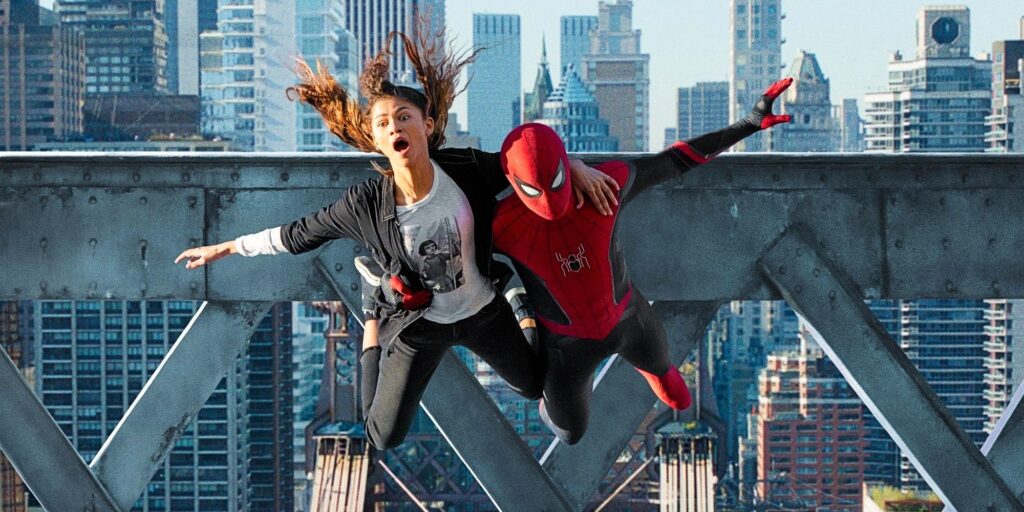 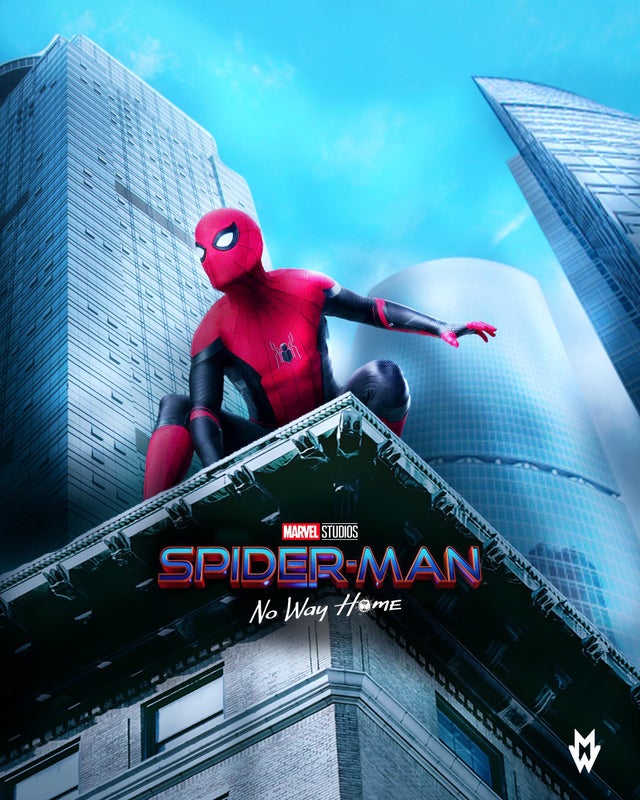 Let me say right here at the outset of this review that I am not going to give any spoilers away.  Thank you for your attention.

When we last saw our friendly, neighborhood web-slinger in “Spider-man: Far From Home,”  he, and the rest of the world, were shocked when Mysterio announced to the world that young Peter Parker was Spider-man.  Those of us in the audience knew it but now EVERYONE knows it.

So now, along with the pressures of starting his senior year of high school, worrying about what college will accept him – he has his heart set on M.I.T. – he has to deal with hundreds of people taking photos of him or hovering in a helicopter above his apartment building.  As things progress Peter discovers that his two best friends, M.J. (Zendaya) and Ned (Jacob Babalon) are having their lives disrupted simply because they are close to Peter.  Hoping to make things better for his friends, Peter pays a visit to Doctor Strange (Cumberbatch) and asks him for a spell to make everyone forget he’s Spidey.  Well, not everyone.  The spell goes horribly wrong and the adventure begins.

What you’ve read so far can easily be gleaned from the film’s coming attraction, so I haven’t given away any secrets.  And I won’t.  But DAMN, what a great film!

Though I enjoyed the earlier depictions of Spider-man by Tobey Maguire and Andrew Garfield, they always seemed a little too mature for the Peter Parker I grew up reading in Marvel Comics.  Tom Holland hit the nail on the head.  He gives both Peter and Spidey a certain innocent bravado, showing their best faces even when the doubt inside is eating away at them.

As the film progresses, Peter/Spider-man not only have to deal with the police, the press and the public, but also with some villains quite familiar to fans but unknown to him.  Welcome to the Multiverse.

As in the case of most films in the MCU, the cast is outstanding.  As I’ve already mentioned, I love Holland in the roles of Peter/Spider-man and he is equally matched by Zendaya and  Babalon.  I will admit here that Ned is one of my favorite characters in the series, his love and loyalty for Peter know no boundaries.  The rest of the cast is strong as well, from Cumberbatch to Marisa Tomei’s Aunt May to a variety of familiar faces from the Spider-verse.

The script is the perfect combination of humor and action, with a few emotional moments thrown in to remind us why we care for these characters.  The film is well paced by director Watts, and the 2 ½ hours of action seem to fly by.

The MCU has had more gems than rocks over the years, with pretty much each hero (“Iron Man, Thor) hitting an occasional bump in the road.  Not Spider-man.  To me his series of films is head and shoulders the best of the stand-alone films.