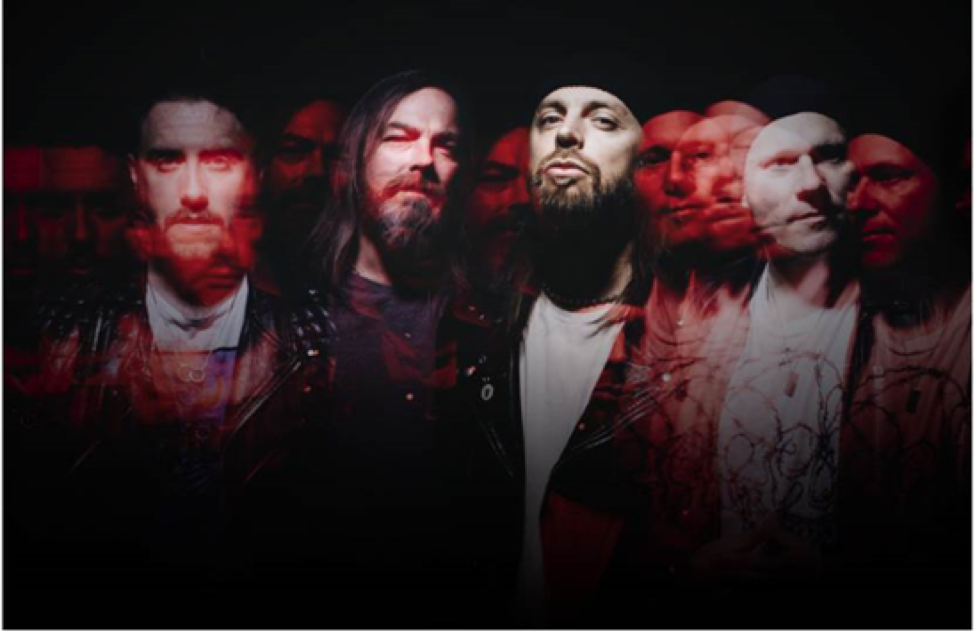 Watch the video for “Parasite” here.

“For ‘Parasite,’ we just wanted to let the song rip,” says director Fiona Garden. “The intensity and fury of the track tears along, pure performance and vitality. Along the way, in a world defined by blinding light and the phenomenal graphic work of artist Carl Addy, we see this new infinite incarnation of the avatar aM cuts being ritualistically infected and drawn further into limitless oblivion. No locusts were harmed in the making of this video.”

The Guardian called the first single, “Knives,” a “sonic onslaught,” adding that it displayed “gymnastic guitar riffs, snarling vocals, and more drum hits in four minutes than across most albums.” Rock Sound concurred, calling it “a vicious and violent slab of ferocious modern metal,” while Metal Hammer commented, “BFMV are back in the form of their lives.” Revolver deemed it a “razor-edged ripper” while Loudwire stated that the band has “more than delivered in regards to brutality and technicality.”

But where “Knives” arrived like a punch in the face, “Parasite” is here to disembowel.  The band comments, “‘Parasite’ is an absolute RAGER from start to finish!!! Easily one of the gnarliest tracks we’ve ever written — we couldn’t be more stoked to finally get it out there.” Bullet For My Valentine will be released on October 22 via Spinefarm /Search & Destroy.

“I think it’s the most ferocious side of Bullet For My Valentine that I’ve ever known,” says lead guitarist Michael “Padge” Paget. “It’s time for us to put out a really angry, heavy, aggressive record. I just can’t wait to grimace on stage!”

Frontman and guitarist Matt Tuck began writing the album in September 2019 before the Coronavirus pandemic brought things screeching to a halt in early 2020. But in June 2020, Tuck and long-time producer, Carl Bown, who co-produced the band’s 2015 album, Venom, and produced and mixed Gravity, picked up the pace again. Together, they hunkered down at Treehouse Studio in Chesterfield, where the remainder of the album was written.

Bullet For My Valentine follows the success of their last album, 2018’s Gravity, which saw the metal juggernauts’ catalogue surpass 1 BILLION (yes, with a B!) streams in the U.S. That accomplishment solidifies Bullet’s hard-earned status as one of the most elite bands in the hard rock scene.

Pre-orders for Bullet For My Valentine’s seventh studio album are now live, with an instant download of both “Knives” and “Parasite,” and special bundle options, including a unique clipping from the backdrop used on the bands ‘Venom’ world tour from 2015 – 2017, t-shirts, hoodies, gold & silver cassettes, and limited vinyl. Get it here.

BULLET FOR MY VALENTINE TRACK LISTING:

“No Happy Ever After”

“Death By a Thousand Cuts”

In addition to all the existing hits, fans will get the chance to hear new music live for the first time this Sunday when the band make history by headlining the Download Festival Pilot at Donington Park on June 18-20.

BFMV have launched an official fan club, dubbed “Army of Noise,” via Patreon. Sign up here.