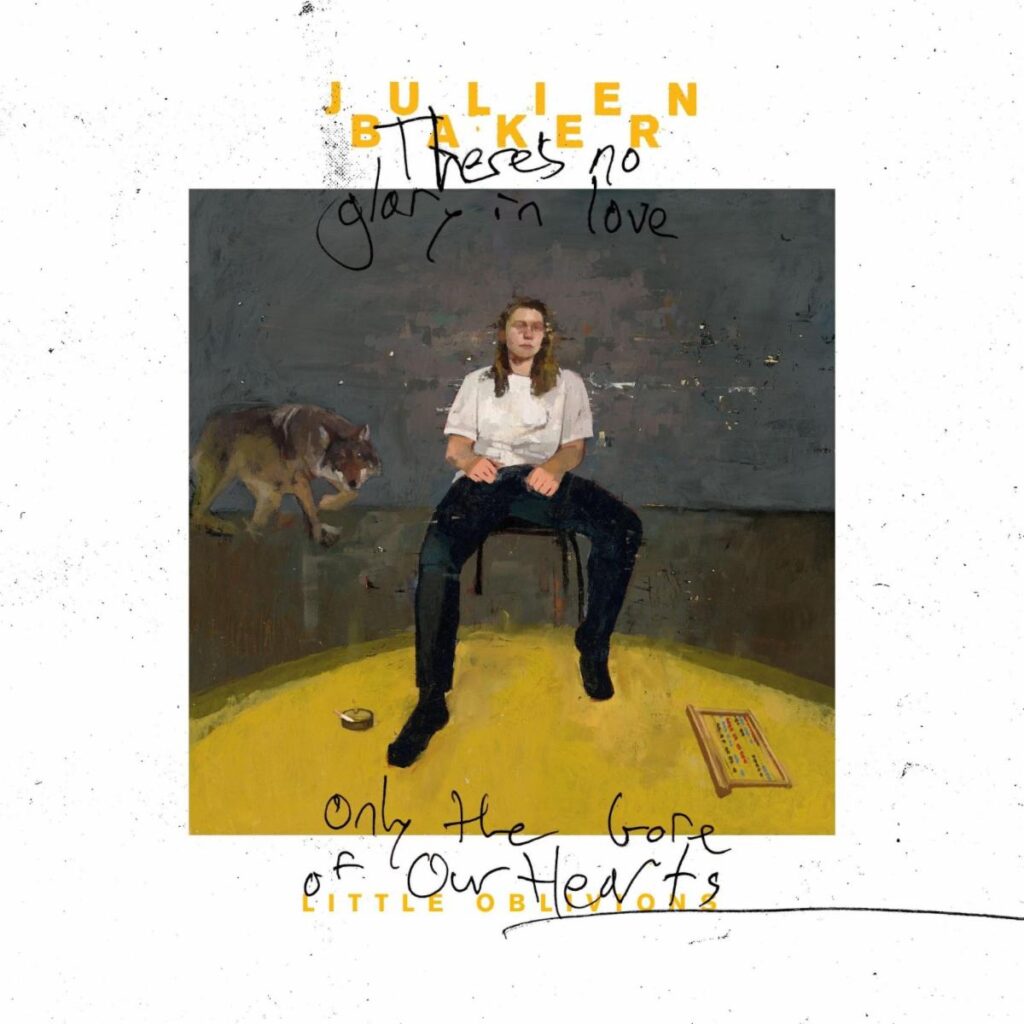 Julien Baker will release her third studio album, Little Oblivions, on February 26 via Matador Records. Last night she performed the first single from the album, “Faith Healer,” on The Late Show With Stephen Colbert. Captured in Nashville, it features Baker backed by a full band and represents the expanded sound that can be heard on the forthcoming album. “How does a songwriter hold on to honest vulnerability as her audience grows,” The New York Times pondered last week in its column on “11 Things To Look Forward to In 2021,” “She scales her music up to larger spaces, backed by a full rock band with ringing guitars and forceful drums. But she doesn’t hide behind them; she’s still ruthless and unsparing, particularly about herself.” Rolling Stone have noted “Little Oblivions‘ is not only the most richly produced, pop-aware release of Baker’s career, but also her the most unsparingly honest in its messiness” and of “Faith Healer” Vulture said, “Julien Baker remains devastating on new song “Faith Healer.”