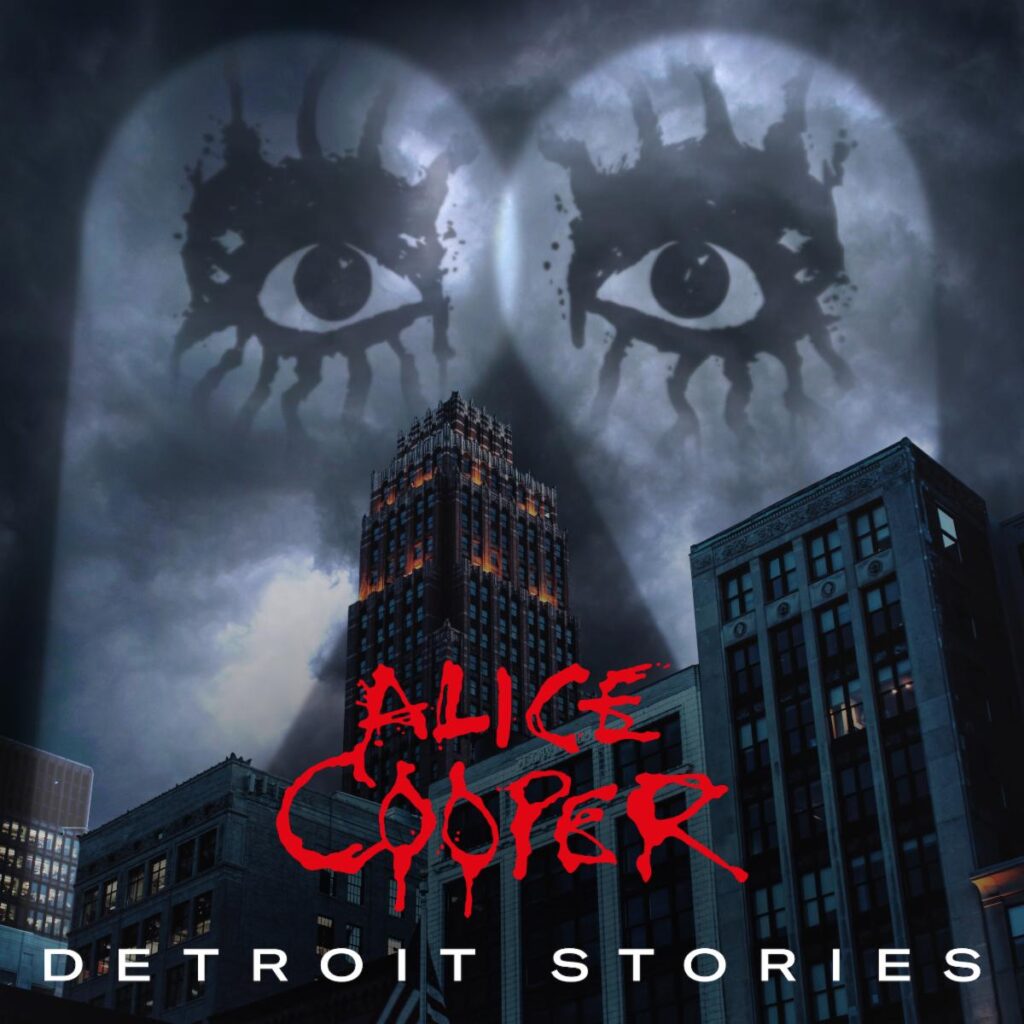 Alice Cooper releases “Rock & Roll” today as a first taste of the upcoming studio album Detroit Stories, coming February 26, 2021 on earMUSIC.
“Rock & Roll,” a classic song by The Velvet Underground from the album Loaded, is not a casual choice: It’s a song of joy and celebration of that magical moment when we all first turned on Rock and Roll radio …and it saved our lives.

Have a listen: Maybe it will save yours too!

Here are some interesting Detroit Stories for the fans of rock and roll trivia and for those who believe that nothing happens by chance (especially in Detroit).

It was when he heard that version that Lou Reed decided to work with Ezrin on the follow-up to his monster hit album “Transformer.” Their collaboration produced the seminal and fascinating classic album Berlin.
But wait, there is more!

Steve Hunter, the amazing guitar player who created the iconic main riff that drives Detroit’s cover of the song in 1971, ended up working with Ezrin on many of his productions. He toured and recorded with Alice and with Lou Reed as well…and that same riff is the backbone of this new recording of the song which was done in…Detroit, of course.

Alice Cooper and Lou Reed shared a relationship of mutual respect and friendship over the years. Bob and Lou collaborated several other times and were dear friends for 40 years. Alice and Bob can’t remember how many albums this is and have been creative partners for 50 years.

A visualizer for the single can be found on YouTube:https://youtu.be/wmkf57yffT0

Detroit Stories Alice’s upcoming new album, is a celebration of the sound and spirit of the Golden Era of Detroit rock.

“Detroit was Heavy Rock central then,” explains Alice, “You’d play the Eastown and it would be Alice Cooper, Ted Nugent, the Stooges and the Who, for $4! The next weekend at the Grande it was MC5, Brownsville Station and Fleetwood Mac, or Savoy Brown or the Small Faces. You couldn’t be a soft-rock band or you’d get your ass kicked.”

“Los Angeles had its sound with The Doors, Love and Buffalo Springfield,” he says, “San Francisco had the Grateful Dead and Jefferson Airplane. New York had The Rascals and The Velvet Underground. But Detroit was the birthplace of angry hard rock. After not fitting in anywhere in the US (musically or image wise) Detroit was the only place that recognized the Alice Cooper guitar driven, hard rock sound and our crazy stage show. Detroit was a haven for the outcasts. And when they found out I was born in East Detroit… we were home.”

50 years later, Alice and Ezrin have united in Detroit with their Detroit friends to record Detroit Stories, Cooper’s new album.  If 2019’s Breadcrumbs EP laid down the trail to the city, Detroit Stories drives like a muscle car right down Woodward Ave.

Discover Detroit Stories as they were meant to be told.