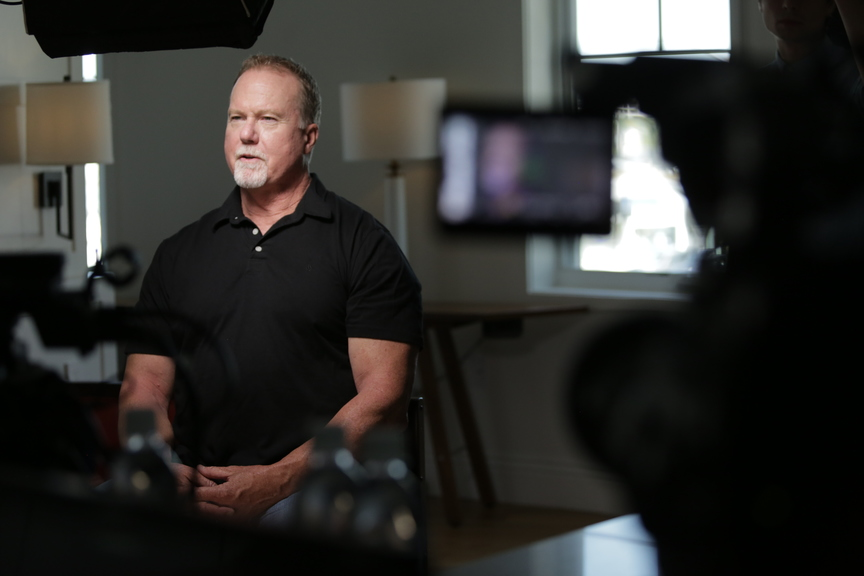 On September 8, 1998 my son Phillip, his friend Bobby and I drove from Kansas City to St. Louis to take in that evening’s Cardinals/Cubs match-up. We witnessed baseball history when J.D. Drew hit his first career home run. I’ve told this story for over two decades.

Most people know Todd MacFarlane as the creator of the popular SPAWN comics and his amazing toys. He is also a huge baseball fan. We learn that as the film begins with McFarlane bidding almost $3 million to purchase a baseball. But not any baseball. This is the ball hit by Mark McGwire for his 70th home run, at the time a new record. The summer of 1998 was a big one for baseball. After the players strike in 1994 caused the cancellation of the World Series for the first time in history, the game began to draw fans back in 1995 when Baltimore Oriole Cal Ripken, Jr. played in his 2131st consecutive game. But the summer of 1998 is the one that drew fans, old and new, to the game. It was the summer McGwire and Chicago Cub Sammy Sosa swung their way into the history books.

“Long Gone Summer” not only chronicles both players assault on Roger Maris’ then-record of 61 home runs in a season, but the effect the challenge had on America. People that had sworn off baseball after the strike left a bitter taste in their mouth began to pay attention to the game again, while people who had never shown interest began to watch. Having been in Camden Yards when Ripken set his milestone I was already a fan so I followed the exploits of McGwire and Sosa daily, ensuring that ESPN’s SPORTCENTER was a must-see every night.

As the film follows McGwire, Sosa and, for a time, Ken Griffey, Jr, it also talks with some baseball fans who are household names, among them Bob Costas and George Will. Also interviewed are Roger Maris’ sons, as well as Cardinal’s broadcasters Jack Buck (though archival footage) and Mike Shannon. The race had a personal feel to Shannon, who had been a Cardinal teammate of Roger Maris in the mid 1960s.

But the big voices here belong to the two players themselves. McGwire explains his lifelong desire to hit the ball far while Sosa talks about the fun he had. What they don’t talk about are the accusations that both were using performance enhancing drugs. In fact, in a show that runs almost 1 3/4 hours, PED’s are not mentioned until the 45 minute mark, when a container of Androstenedione is spotted in McGwire’s locker. He brushes the questions off, noting that Andro is available over the counter. It’s almost another 45 minutes before the subject comes up again.

Of the two players, McGwire comes off the best. He is insightful in looking back at what he describes as both the best, and worst, time of his life. Sosa, speaking perfect English – when he testified before Congress he had to have his attorney read his statement, as he felt his English wasn’t strong -is more concerned with relaying the fun times he had that summer. Archival interviews with both – again with Sosa speaking English like a native – gives a look into the love and respect Big Mac and Slammin’ Sammy had for each other. As the season ends, McGwire finishes with 70 home runs, Sosa with 66. Sosa would hit 63 the next year and Baroid Bonds would hit 73 in 2001. By then, the PED cat was out of the bag and, in the almost 20 years since Bonds, no one has hit 60 home runs in a season.

Given an opportunity to confirm whether or not he juiced, Sosa will only say that “Everybody was doing them.” After years of denial, in 2010 McGwire admitted to using PED’s. His admission and apology seemed sincere to me. So much so that I can tell you that, on September 8, 1998, my son Phillip, his friend Bobby and I drove from Kansas City to St. Louis to take in that evening’s Cardinals/Cubs match-up. We witnessed baseball history when Mark McGwire hit his 62nd home run of the season over the left field fence, directly below where we were sitting. No disrespect to J.D. Drew, but this story is more exciting.

“Long Gone Summer” airs this Sunday night at 8:00 pm EST on ESPN and will stream directly afterwards on ESPN+.