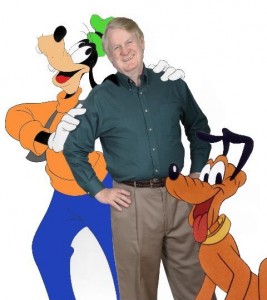 Bill Farmer is a Disney Legend. He has voiced the role of Goofy since 1987 and the voice of Pluto since 1988. He currently has a new show on Disney+ called “It’s A Dog’s Life with Bill Farmer”. He also currently voices over 20 characters on Disney’s “Mickey Mouse Mixed-Up Adventures”.

Media Mikes had a chance to chat with Bill about his new show “It’s a Dogs Life”, voicing Goofy for all these years and reflecting on the 25th anniversary of “A Goofy Movie”.