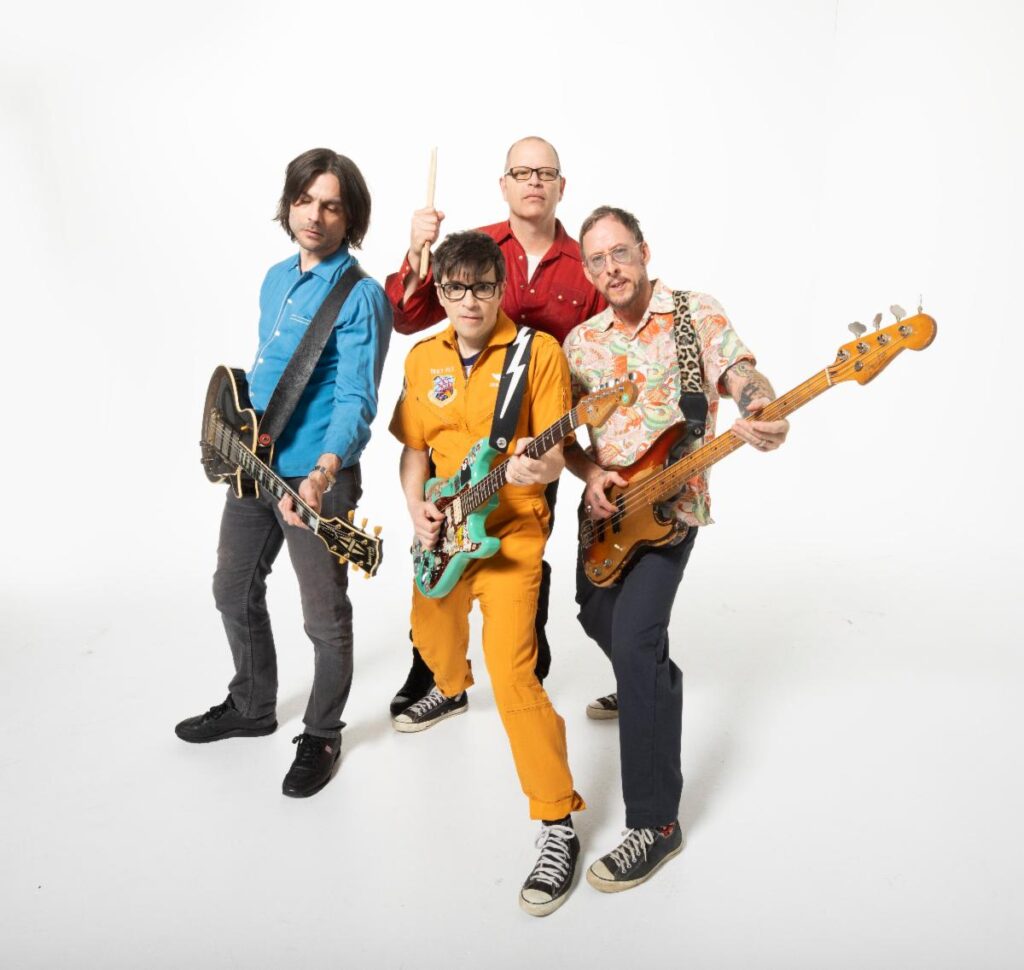 Today, Weezer are thrilled to release a new song called “Hero,” their first new material since last year’s Top Five Alternative radio hit “End Of The Game.” “Hero” is a new song off the band’s forthcoming album, Van Weezer, which was originally set for release this month; a new release date for the record will be coming soon. A video for the song, paying tribute to frontline workers, is out today as well.

In honor of the real heroes, the band has teamed up with Postmates to support healthcare heroes caring for COVID-19 patients. Tonight, hero nurses at LA’s Good Samaritan Hospital will be sent meals from Uncle Paulie’s Deli during their breaks thanks to Weezer, Postmates andFeed Hero Nurses, a volunteer-run organization in partnership withRandom Acts that is dedicated to providing meals to nurses on the frontlines.

Van Weezer, the band’s fourteenth studio album, is produced by Suzy Shinn (Panic! At The Disco, Fall Out Boy). The inspiration for this album derives from the deepest roots of Weezer – metal! What has metal got to do with Weezer, you ask? In his earliest years, Rivers was a huge KISS fan; Brian was a big Black Sabbath fan; Pat worshipped at the altar of Van Halen and Rush; Scott loved Slayer and Metallica. The last time this vein of harder rock was mined by Weezer was on their much-loved 2002 album Maladroit; Van Weezer is primed to take that album’s sonics many steps further courtesy of producer Suzy Shinn.

Van Weezer follows the release of last year’s Weezer (The Black Album), as well as their covers album, Weezer (The Teal Album), whose streaming numbers have well surpassed 100 million. Weezer has sold 10 million albums in the U.S., and over 35 million records worldwide since their debut album’s release in 1994. The mol ir catalogue has included such megahits as “Buddy Holly,” “Undone (The Sweater Song),” “Say It Ain’t So,” “El Scorcho,” “Hash Pipe,” “Island In The Sun,” “Beverly Hills,” “Pork and Beans,” and more.