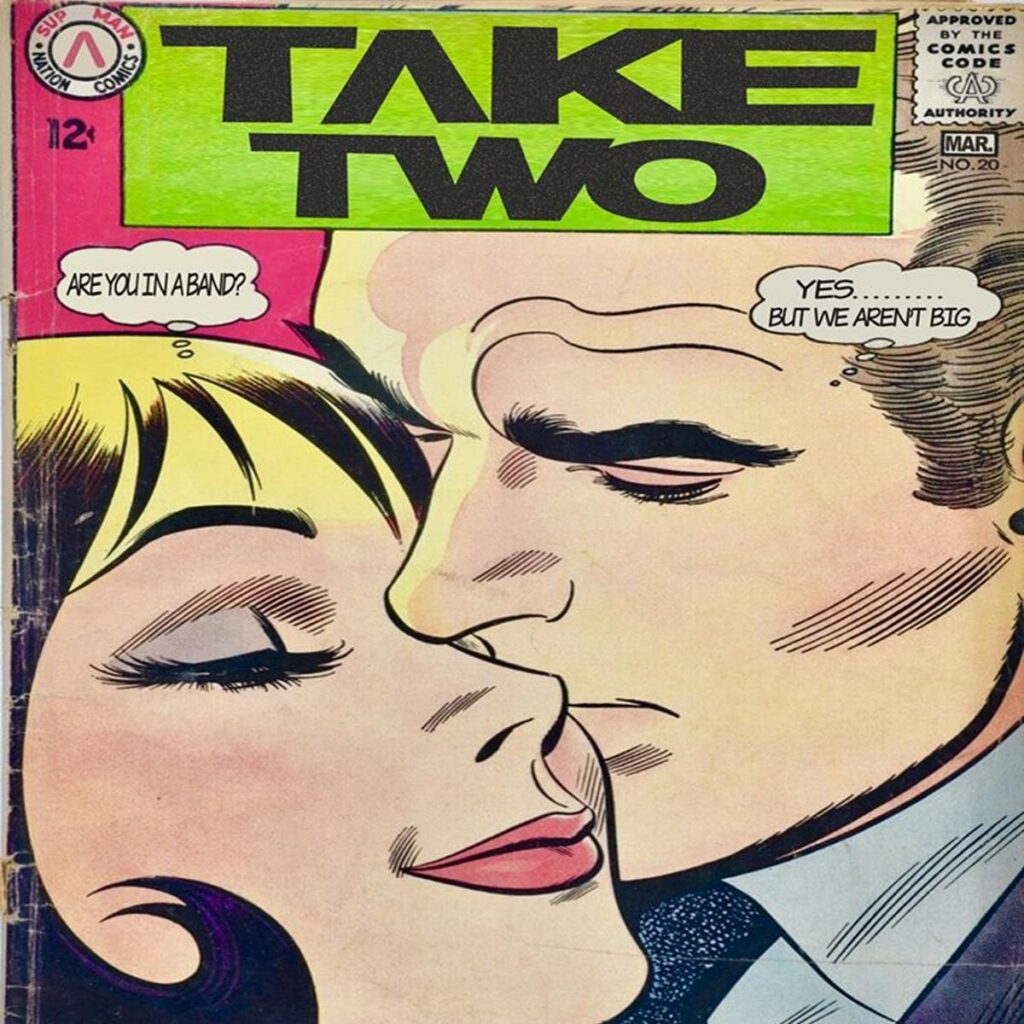 Punk rockers from upstate New York, Take Two have unleashed a brand new album “We Aren’t Big” upon the world. The album (the band’s 4th release) stampedes onto the scene like a mohawk clad rhinoceros whose metallic punk riffs run you over while the catchy choruses bring you back for another beating. From the vintage comic book cover art, to the New Found Glory and Descendents influences, “We Aren’t Big” screams PUNK ROCK! directly in your face.

Featuring nine raging tracks with a little something for everyone, I found “Hearts Will Remain” to be the stand out hit on the album. Its a classic pop punk track with a chorus capable of getting stuck in your head for eons. 90’s and early 2000’s fans of the genre will definitely approve. Going a little deeper thought provoking tracks like “Shots & Scars”, as well as “Red Eye”, are also solid stand outs as both recount tales of the road and the determination of a band never willing to give up. Now if you’re more in the mood for lights out, fist pumping mosh pits, look no further than “Burner” as nonstop head-banging will certainly ensue as the track closes out with a mega mosh riff which beckons a bloodbath of furious spinning back kicks and seismic circle pit activity measurable by the Fujita scale.

Take Two’s influences certainly shine through, making for a familiar listen However, the new territory the group covers brightens up an otherwise usual punk-fare. The metal riffs and intricate drum fills are a welcome flourish not to mention the heavier vocals and powerful choruses. Much of the album will inspire car ride sing along’s, as well as the previously stated mosh pits and neck cramps. Listening I couldn’t help but reminisce of said trips, beers with friends, and the girl at the rock show.

If you’re a fan of old school pop punk sing along’s, but also smashing beer cans on your forehead before jumpin’ in the pit, “We Aren’t Big” is a must for you! Every track brings something different to the table by mixing what you already love about punk with something new and fresh. The sky is the limit for the ambitious Take Two and I’m eager to see what they come up with next.

Head over to Officialtaketwo.com for links to download “We Aren’t Big”