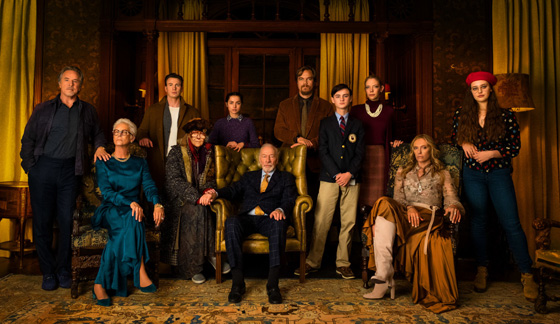 About two years ago, around this time of year, I was criticizing Kenneth Branagh’s “Murder on the Orient Express” as being stuffy and unimaginative despite the ensemble cast and production budget. Unlike that dreary and forgettable whodunit, “Knives Out” is a welcome addition to the murder-mystery genre.

The mystery in “Knives Out” is spun around the apparent suicide of the Thrombley family patriarch, Harlan (Christopher Plummer). The suspects are the surrounding Thrombley family, made up of a cast characters played by the likes of Jamie Lee Curtis, Don Johnson, Toni Collette, Michael Shannon and others. Each of the Thrombley’s has their own selfish reasons or reasoning for wanting to kill Harlan. Simply put, they’re leeches. But the police aren’t the ones looking into the possibility of foul play. Private detective, Benoit Blanc (Craig), was tasked with finding the killer after a mysterious letter arrived at his door. So he enlists the help of Harlan’s nurse, Marta (Armas), to track down clues and interview family members.

Just like “Clue” and “Murder by Death” before it, “Knives Out” works first as a comedy, and second as a mystery that twists and turns until the very end. Even when you think you’ve figured it all out, the movie manages to unravel a little bit more. If I was to nitpick, just a wee bit, it’d be that the movie reveals a little bit too much, too early on, and takes its time revealing a few more of the twists. However, the comedy masks a lot of its pacing flaws. The silliness of the characters is inevitably undermined by their ulterior motives by the end of the film. The final frame serves as an unmasking for the film’s allegory, which writer/director Rian Johnson has carefully pieced together over the course of a few hours.

“Knives Out,” a modern throwback, works best when it’s delivering one-liners and verbal gut punches during family squabbles. The material moves so fast, that I’m certain there will be some people giving this a re-watch to see what kind of jokes they missed out on. “Knives Out” is engaging, fun, and clever, and what more could you want from a whodunit?