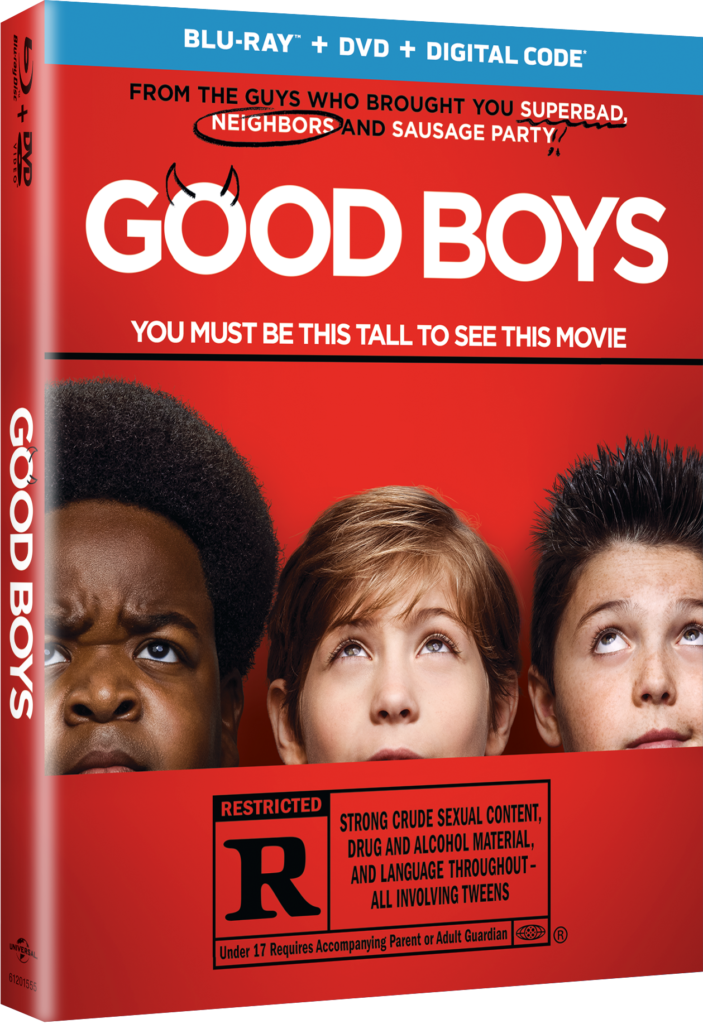 To celebrate the release of Universal Pictures’ “The Hustle” on Blu-ray, Media Mikes would like to our fans a chance to win a digital download of this season. If you want to win this great prize, please leave a comment with your favorite party movie. This giveaway will remain open until November 15th at Noon, Eastern Time. This is open to our readers in US only. One entry per person, per household. All other entries will be considered invalid. Media Mikes will randomly select winners. Winners will be alerted via email.

Universal City, California, September 17, 2019 – How bad can a sixth grader’s day really get? From creative masterminds Seth Rogen and Evan Goldberg (Superbad, Pineapple Express and Sausage Party) comes the new hit comedy Good Boys, available on Digital October 29, 2019, as well as Blu-rayTM, DVD and On Demand on November 12, 2019. Certified Fresh by Rotten Tomatoes as the biggest original comedy opening of the year, the movie is making audiences laugh out loud with its perfect mix of side-splitting adult humor and oblivious-yet-loveable trio of grade-school friends. Described as “a highly original coming-of-age tale,” (Katie Walsh, Chicago Tribune), Good Boys is loaded with outrageous unrated exclusive bonus content including a never-before-seen alternate ending and deleted and extended scenes as well as featurettes with the cast and crew, treating audiences to some gut-busting behind-the-scenes moments.

After being invited to his first kissing party, 12-year-old Max (Jacob Tremblay; Room) is panicking because he doesn’t know how to kiss. Eager for some pointers, Max and his best friends Thor (Brady Noon, HBO’s Boardwalk Empire) and Lucas (Keith L. Williams, Fox’s The Last Man On Earth) decide to use Max’s dad’s drone – which Max is forbidden to touch – to spy on a teenage couple making out next door. But when things go ridiculously wrong, the drone is destroyed. Desperate to replace it before Max’s dad (Will Forte, The Last Man on Earth) gets home, the boys skip school and set off on an odyssey of epically bad decisions involving some accidentally stolen drugs, frat-house paintball, and running from both the cops and two terrifying teenage girls (Molly Gordon; Life of the Party and Midori Francis; Ocean’s Eight).

From Point Grey producers Seth Rogen and Evan Goldberg, the writers of Superbad, Pineapple Express and Sausage Party, and James Weaver (Neighbors), Good Boys is co-written and produced by Lee Eisenberg and co-written and directed by Gene Stupnitsky (NBC’s The Office).