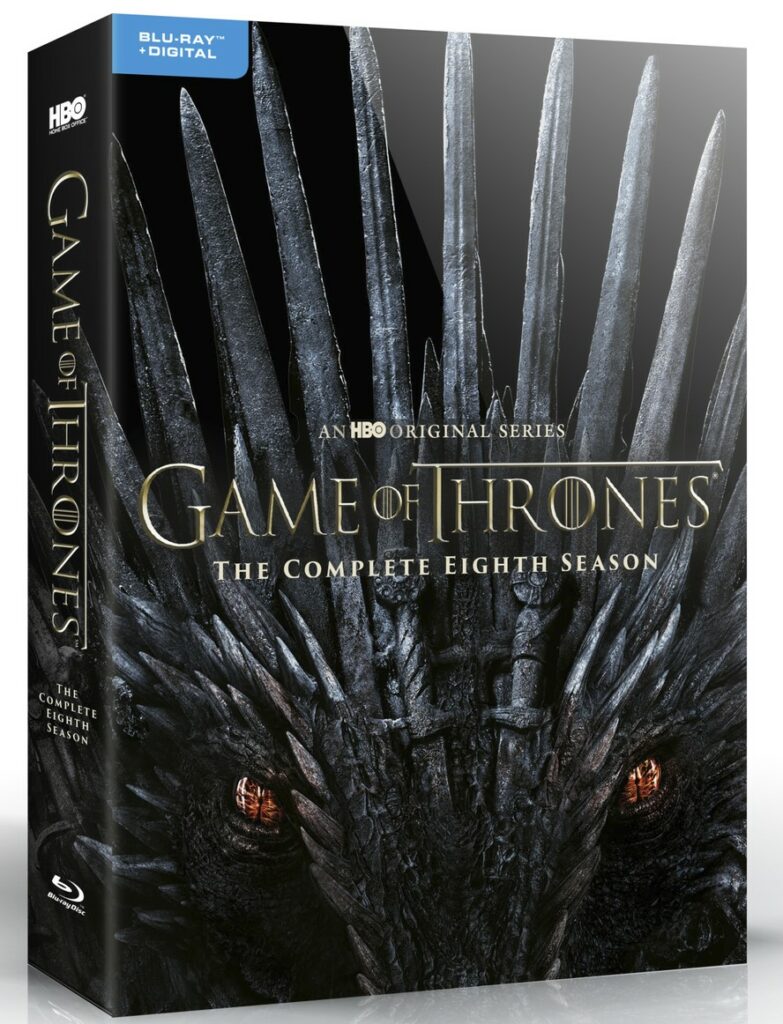 To celebrate the release of HBO’s “Game of Throne: Season 8” on Blu-ray, Media Mikes would like to our fans a chance to win a Blu-ray of this season. If you want to win this great prize, please leave a comment with your favorite character from Game of Thrones. This giveaway will remain open until December 3rd at Noon, Eastern Time. This is open to our readers in US only. One entry per person, per household. All other entries will be considered invalid. Media Mikes will randomly select winners. Winners will be alerted via email.

·       Game of Thrones: The Last Watch: A documentary featured on DVD in two parts by filmmaker Jeanie Finlay chronicling the making of the final season.

·       When Winter Falls: Exclusive 30-minute featurette with showrunners David Benioff and D.B. Weiss, along with major stars and behind-the-scenes players, breaking down all that went into the colossal filming of the “Battle of Winterfell” in Season 8, Episode 3.

·       Duty is the Death of Love: A compelling look at how the team behind Game of Thrones and its major stars, including Kit Harington, Peter Dinklage and Emilia Clarke, brought the show to its conclusion in the series finale, “The Iron Throne.”