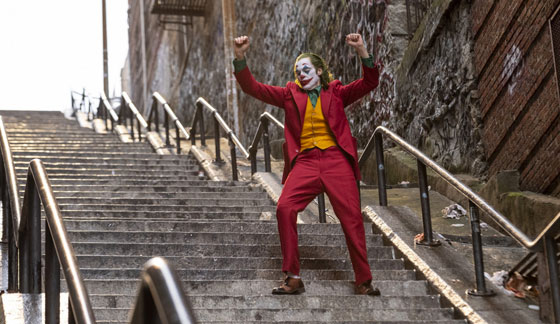 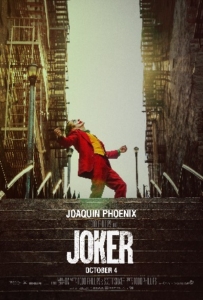 Much like the Joker’s origin in “The Killing Joke,” Arthur Fleck (Phoenix) is an aspiring stand-up comedian. Before he can reach that pie in the sky dream, he makes ends meet as a clown-for-hire, takes care of his ailing mother in a rat-infested apartment, and attempts to deal with several mental illnesses. There’s actually nothing particularly extraordinary about Arthur, and that seems to be casually ingrained into him by his co-workers, passersby on the street and even his own mother. But if the title of the film wasn’t a big enough clue, there’s a lot in life that’s in store for Arthur.

It’d be disingenuous to try and rank all those who’ve portrayed the Joker (minus Jared Leto) because of the drastically different material they were given. However, “Joker” stands tall in its own category because it’s surrounded by subpar films. Villain origin stories aren’t great fodder, just look at “Venom” and “Hannibal.” But “Joker” isn’t just an origin story for the clown prince of crime, it’s a character study, something that’s never been done before on screen. Breaking down the Joker is a tricky task and there’s really no right way to do it, but there’s definitely a wrong way to do it. While Phoenix does it magically nuanced way, director/writer Todd Phillips handles it in ham-fisted fashion.

Phillips is more well-known for his “Hangover” trilogy or juvenile 2000 film, “Road Trip.” Behind the camera, Phillips is more than capable of telling a gritty crime story, drawing from what I can only assume is movies he grew up on and influenced him to become a filmmaker in the first place, “Taxi Driver,” “Kings of Comedy” and “Network.” He encapsulates that late 70s/early 80s glow well, emulating its style, color palette and nihilism. Where he falls remarkably short is writing a script that’s on par with those classics. Phillips makes a lot of leaps in logic, despite grounding the main character in a very realistic Gotham.

There’s nothing supernatural or superhuman about Fleck’s life. There’s no vat of chemicals to fall in or scars that he’s telling conflicting stories about. Everything that makes Fleck the hero and villain of his own story, is inside. So what makes a lot of the “Joker” work is the acting and not Phillips. That’s because the director gives away several mid, and late, storytelling reveals by relying on clichés early on. Anyone familiar with the Batman lore or movies involving psychosis will be able to spot plot twists and turns involving characters or the plot. Phillips’ maturity with his hands behind the camera unfortunately doesn’t translate when the pen meets the paper. 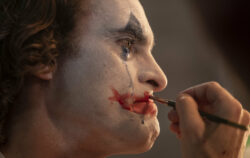 I’ll give credit to Phillips for one aspect, and that’s at least using one of the film’s tropes to set-up discussion about the ending of the film. Since Phillips has noted this is a stand-alone film (meaning it doesn’t fit into the DC Cinematic Universe and won’t have a sequel), there’s a lot to take away from the final 15 minutes. That’s where I assume a lot of the pre-release controversy stems from. Several people have weighed in on what they believe Phillips is intending to say, but I’m in the minority because I’m not sure Phillips is actually trying to say anything in particular. I believe he structured it in such a neutral fashion, that the discussion will simply be guided by the ideology of the viewer.

But for all the hype, controversy, praise, condemnation and mystery, the only thing worthy of discussion for years to come is the performance by Phoenix; everything else feels like contemporary background noise. Phoenix, as he’s done in nearly every role he’s been given, is absolutely magnetic. Despite the derivative nature of the script, Phoenix keeps his character wildly unpredictable while combining antihero elements and sociopathic tendencies. We’re not just witnessing the birth of a supervillain, we’re watching a true descent into madness.