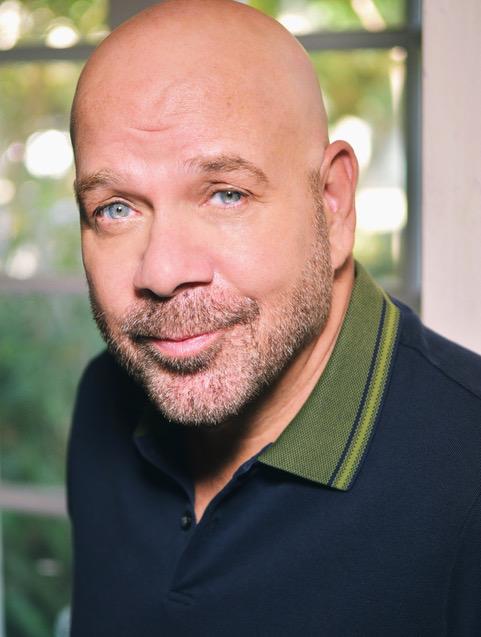 With almost 150 film and television credits to his name, I’m pretty sure you’ve seen Jason Stuart on screen.  From small screen appearances on shows like “The Drew Carey Show,” “My Wife and Kids” and “Will & Grace” to his acclaimed performance in – in this writer’s humble opinion – the Best Film of 2016, “The Birth of a Nation,” he continues to add to his ever growing resume’.   He recently added a new chapter to his career story – author – with the release of his book “Shut Up, I’m Talking!”  The book details his career as well as the challenges he faced

I recently spoke with Jason about his new book and about how coming out in 1993 effected both his life and his career.

MIKE SMITH:  What prompted you to write the book?

JASON STUART:  I had a very good friend who worked with me on a comedy radio show I did in the Midwest.    His name was Dan Duffy and he had written a book called “The Half Book,”  He called me and told me I needed to read his book.  I bought the book and read it.  It was about him getting cancer and how he recovered, how he survived with the love of his family.  It was funny and it was touching and I was so moved by it that I told him “I need someone like you to help me write my book.”  And he said he’d love to do it.  So that was it.  I always think when something is put in front of you it’s meant to be.

MS:  Any reactions from your friends who may not have known you story?

JS:  That’s a great question.  Tons of people.  When I decided to write it I thought about it as a way to get my story out, to let people see me in a different way…to help my career and to possibly get some publicity.  Maybe I’ll make a little money.  But then I realized, “OH!  People are also going to be reading this book.  They’re going to hear all of these things I said about my personal life.  And they’re going to have opinions about it.”  I totally forget about that part.  People have been really candid.  People have stopped me on the street or called me…it’s been a lot of really positive energy.  Much more than I ever thought.

MS:  Do you think there is still a stigma in Hollywood that prevents gay actors from getting certain roles?

JS:  It’s certainly not what it was 26 years ago, but I still think that when somebody sees you a certain way it’s very hard for them to see that you would be right for certain roles.  Hollywood doesn’t seem to want actors, they seem to want “be-ers.”  My favorite actor growing up was Dustin Hoffman.  He still is.  He played Lenny Bruce.  He played Benjamin in “The Graduate.”  He played the father in “Kramer vs Kramer,” he was Captain Hook.  He was Willy Loman.  He did all sorts of roles.  You don’t really get to do that as much, but I’ve been able to make a career out of doing that.  When something comes along and they tell me I’m perfect for it, it’s not always clear to me.  We don’t always see ourselves as others see us.  Being a gay man over 50 – there are very few “gay men” parts over 50.  They don’t write them.  That role doesn’t exist very much.  So I wind up playing villains…managers…all these kind of characters.  What I want to do is play dads…because everybody has a dad.

MS:  If I can ask my question more directly, do you ever think because they know that you’re gay that you’re easily dismissed for certain roles?

MS; You’ve done both television and film.  Do you have a preference?

JS:  Not any more.  Today there is no difference.  It’s about the quality of work.  I ask you a question back:  what is a television show and what is a film?

MS:  I think, to me, the difference is that in television, or on stage in a successful show, you have the opportunity to keep developing the character as the series or show progresses.  With a film, you’re only dealing with the role for a few months.  Does that make sense?

MS:  What are you working on now?

JS:  I have a new film called “Hank” which is now out all over the country.  It’s a short film about a guy in a relationship whose partner decides he wants an open relationship and I don’t.  It’s gotten some of the best reviews I’ve received since “The Birth of a Nation.”  And then I’m in a film called “Immortal” which is opening at the Scream Film Festival.  It’s a thriller and it’s opening on the 16th of October.  I’m also doing stand-up at the Icehouse Comedy Club in Pasadena.  I also just completed a web-series I wrote, produced and appeared in called “Smothered” with Mitch Hara.  I’m also being considered for a recurring role in a big series – I can’t say which one – as well as a national commercial.

IF YOU’RE INTERESTED IN ORDERING MR. STUART’S BOOK, YOU CAN FIND IT ON AMAZON.COM, BARNESandNOBLE.COM OR YOU CAN ORDER IT FROM THE PUBLISHER HERE.