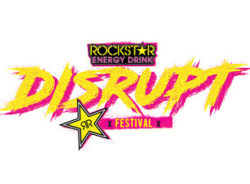 Thrice, The Used, Circa Survive, The Story So Far, Atreyu

The Rockstar Disrupt Festival made a stop in Syracuse, NY on July 2nd as part of the tours inaugural run featuring a variety of musical acts including Hyro the Hero, Andy Black, The Used and Thrice. Despite the event starting off under questionable skies it didn’t stop the bands or fans from giving their all over the course of the 7 plus hour event.

Kicking of the day on the Festival Stage was the Texas based Hyro the Hero who performed a handful of songs of their latest album “Flagged Channel”. Though fans were still filling in the sprawling lake side venue the bands high energy and unique style of rap infused metal quickly grabbed people’s attention and set the stage perfectly for the day’s festivities. After checking out the various merchandise booths which were placed around the venue grounds we made another stop at the Festival stage where we took in performances by Memphis May Fire, Four Year Strong and Andy Black. All of which put on solid sets despite the muggy afternoon conditions. Sleeping with Sirens closed out the Festival stage lineup however it was hard to focus given the lineup which was about to be performing on the Main Stage. Veteran metal act Atreyu opened up the stage performing songs from their various albums including “Ex’s and Oh’s”, “Bleeding Mascara” and their cover of Bon Jovi’s “You Give Love a Bad Name”. The band sounded great and really got the crowd going again after a brief lull during stage changes caused the energy to dip. The Story So Far and Circa Survive would follow both turning in note worthy performances that had large portions of the audience dancing and singing along from beginning to end. The Used were up next performing a spattering of songs from their career including “Take It Away” “The Taste of Ink” and “Buried Myself Alive. Front-man Bert McCracken and company even included a cover of the Oasis song “Wonderwall” which made us question if a majority of the crowd were even alive when that song first debuted? Thrice would close out the night with an eleven song set including songs “The Artist in the Ambulance”, “In Exile” and “Black Honey” before closing out the evening with “The Earth Will Shake” from the bands 2005 album “Vheissu”.  Though the band members were all fairly stationary throughout the performance the crowd did not seem to mind as they loudly sang along to front-man Dustin Kensrues lyrics.

For those looking to fill the void left by the Warped Tour whose last full summer run was in 2018, Rockstar Disrupt Festival could be just! Yes the festival is much smaller and not hitting as many cities as its predecessor however the artist lineup is on par as are the various vendors and pop-ups. Probably the biggest selling point for us was the fact that you could actually see all the acts on the bill if you chose to. Having only two stages made for a much less stressful day and ensured you could everything. This feature alone makes the tour stand out above others with a similar design. Sure the tour has to contend with some growing pains and the various first year hiccups however with those things aside if you are looking for a full day of diverse music where you can actually see everything then we highly recommend the Rockstar Disrupt Festival.

The Story So Far