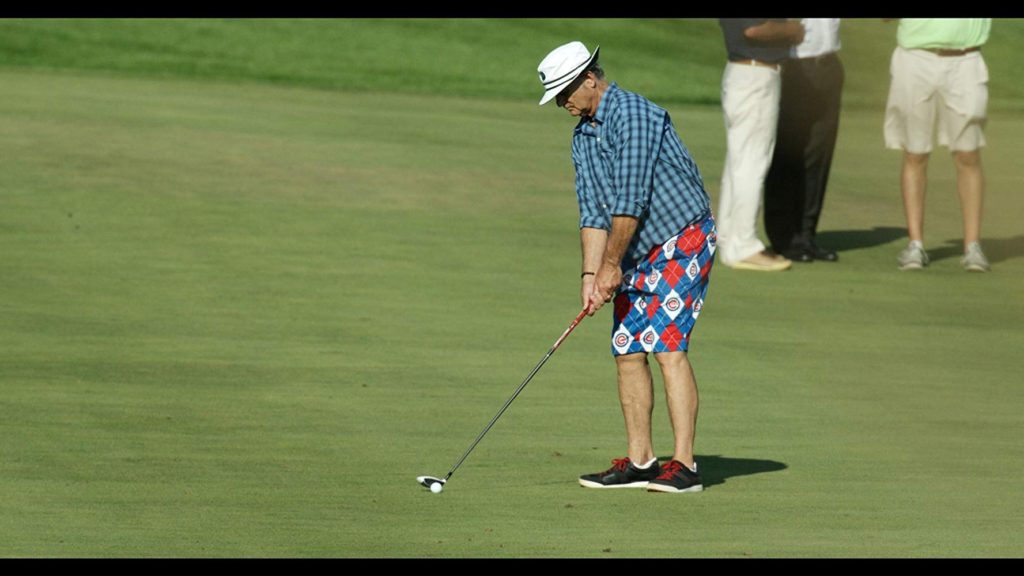 One of my many jobs as a teenager in Tampa involved getting up early on Saturdays and walking the few blocks to the Palma Ceia Country Club. The earlier the better. There those of us that assembled would hang out around the clubhouse and ask arriving golfers if we could carry their bags. On a good morning, you could end up with $10 (including tip) for four hours work. That’s right, I’ll admit it. I was a looper.

Full of interesting golf history and some fun interviews, “Loopers: The Caddie’s Long Walk” is an interesting take on what was once seen as a menial job that has blossomed into a handsome way to make a living for some. The film looks at golf, and it’s caddies, in both Scotland (the birthplace of the game) and here in the states. We visit the world famous St. Andrews course, founded in 1552! That’s right, golf has been around for over 400-years. The history of the caddie is also explored, running from the three basic caddie rules (Show Up, Keep Up, Shut Up) to the origins of the name looper (a round of 18 holes was called a loop). We also get a glimpse at some of the more famous caddies to ever carry a bag, including the caddies that worked at Augusta National, home of the Masters. I found it ironic that these young men were so vital to a golfer’s success, yet theirs were the only black faces on the course until Lee Elder played there in 1975 (blacks were not allowed to join the club until 1991).

A particularly poignant sequence examines the relationship between golfer and caddie. Living as I do in Kansas City, I was happy to see local boy made good Tom Watson talk about the two-plus decades he spent with his caddie, Bruce Edwards. The men remained friends until Edwards passed away in 2004 from ALS. We also meet other well known caddies, like Steve Williams (Tiger Woods’ ex-caddie) and Carl Jackson, who caddied for Ben Crenshaw in almost 40 tournaments in their partnership.

The film is narrated by former looper Bill Murray, who immortalized the caddie as Carl Spackler in “Caddyshack.” Murray relates some of his own experiences as well as narrates, lending his particular sense of humor to the film.

With the beginning of summer upon us, before you head out to the course give “Loopers” a look. And watch out for those kids hanging out in front of the clubhouse!