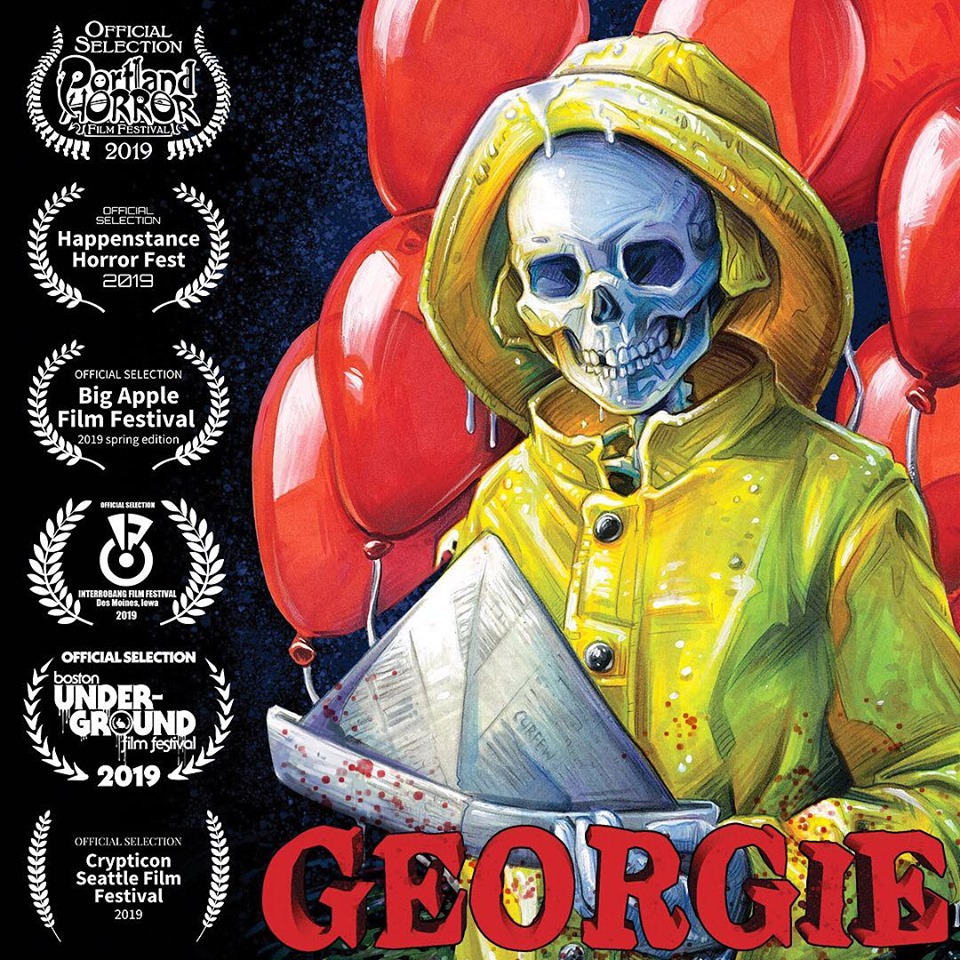 I’ll admit here that I was very late to the acclaimed and beloved 1990 horror mini-series “IT.”  About 27 years late.  That’s right, I didn’t see it until just before the feature film was released.  No reason really.  Actually there is.  I’m deathly afraid of clowns.  Not sure why.  I don’t have any bad “he touched me” stories to share.  Actually I’ve only had two “run-ins” with clowns, the first being when I was threatened with protests (and worse) should the theatre I was managing at the time show the film “Shakes the Clown,” which these clowns – and I’m not using slang, they WERE clowns – felt was disrespectful to the clown community.  Anyway, I watched it and I loved it.  Loved the film as well.  Hate Pennywise but you know what I’m saying.

Welcome to the town of Derry.  As darkness falls we find ourselves inside a modest house.  Inside a frail woman is finishing a sketch of a young boy.  The flights flicker, then go out.  As she begins lighting candles her hand shake.  To quiet her nerves, she begins to play “Fur Elise” on the piano, but the tune is slow and deliberate…almost like a dirge.  Though the room above her is empty, she hears footsteps.  Georgie?

A short film – about eight minutes in length – “Georgie” is that rare short film that gets its message across loud and clear.  Written by Producer John Campopiano and director Grulich, it is being promoted with the question “What if Georgie returned to Derry?”  For those of you not familiar with the story of “IT,” Georgie is the little boy whose paper boat has the misfortune of going into the storm drain occupied by Pennywise the clown.  Things don’t go well for the youngster.

With only music and atmosphere to propel the story, “Georgie” relies greatly on its two leads.  As the woman of the house, Binder is able to convey her fear in her eyes.  She is unsure of the noises we hear and so are we.  Dakota, who played the young Georgie in the 1990 mini-series, is a blank yet terrifying face, able to express his menace with a wink of an eye or a smile.  Grulich’s direction is top notch and the film is well paced.  Credit also the musical score, animated sequences and visual effects that help create and sustain the atmosphere.

If you’re a fan of “IT,” horror films in general or just great filmmaking, I urge you to pay “Georgie” a visit.  To view the film, click HERE.