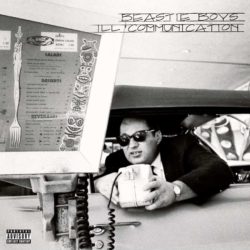 Debuting at #1 upon its May 1994 release, Beastie Boys’ fourth album was an unstoppable force, pervading every aspect of pop culture. Its charge to the top of the charts was led by “Sabotage” and its legendary Spike Jonze/Nathanial Hornblower ’70s TV police drama tribute, as ROLLING STONE dubbed Ill Communication 1994’s “soundtrack for summer.” Crowds and critics alike were floored by highlights “Sure Shot,” “Root Down” and “Get It Together,” as a VIBE (RIP)—in the magazine’s first cover story on a white artist–hailed Beastie Boys as “perhaps the most consistently innovative musicians to emerge out of hip hop.” It was a claim that Ill Communication has justified for years to come, and 25 years later Ill Communication’s impact has resounded with generation after generation.