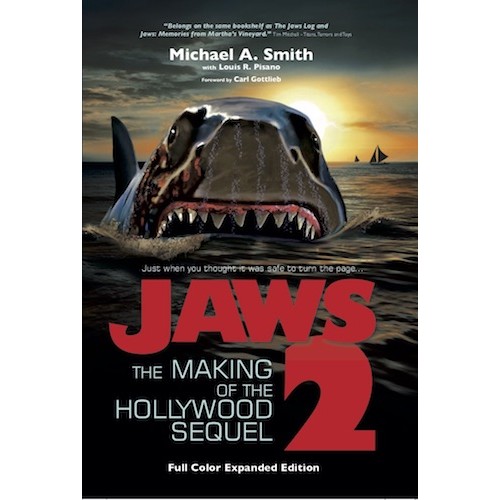 “Jaws 2: The Making of the Hollywood Sequel,” a book written by Media Mikes co-founder Michael A. Smith, with Louis R. Pisano, has been nominated in the category BOOK OF THE YEAR for the 17th Annual Rondo Hatton Classic Horror Awards.

The Rondo Awards have recognized, since 2002, the very best in film, television and publishing in the field of Classic Horror.

“Jaws 2: The Making of the Hollywood Sequel,” was initially published in 2015. However, Smith spent two years after its publication finding more behind the scenes photos and tracking down more members of the crew to tell their story about working on the Hollywood Sequel that launched the constant stream of films we have today.

The nominated book is a limited (to 1000 copies) signed and numbered edition, with the majority of the photos and images posted in color.