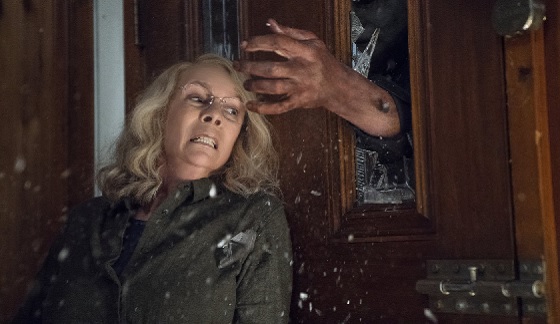 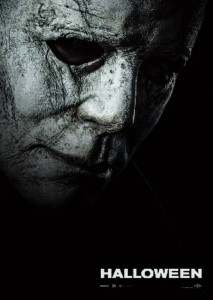 There are a handful of films that can be pointed to and described as “game changing” in Hollywood history.  “Citizen Kane” broke all the rules as to how a film is made.  “Jaws” gave us the summer blockbuster.  “Star Wars” ensured that sci-fi fans would always have a voice.  And where do you start when you talk about the Marvel Cinematic Universe?  In 1978, another film arrived and changed the face of the horror genre’ forever.  That film was “Halloween.”

We “meet” Michael Myers as an adult, standing alone in a squared-in area of a state-run mental institution.  He is being visited by a film crew working on solving a mystery:  why did 6-year old Michael stab his sister to death on Halloween night, 1963 and why, after escaping from captivity, did he return to his hometown 15 years later and kill again?

One thing to note here for fans of the series, or just those that are interested.  Despite a plethora of “sequels” to the 1978 original, they are treated here as non-existent, making THIS film a continuation of the original.  And I’ll say here that the film, with some tongue in cheek references to other films, works well.  The scares are legit and the performances, led by the amazing Jamie Lee Curtis, are well delivered.

I was surprised to learn that this film was co-written by the always funny Danny McBride.  Good job.  The script is solid, with some nice set-ups inter-spliced with some emotional family moments between Curtis’ Laurie Strode and her estranged daughter and granddaughter.  But you go to these films to see the boogeyman get his comeuppance.  So, what are you waiting for?