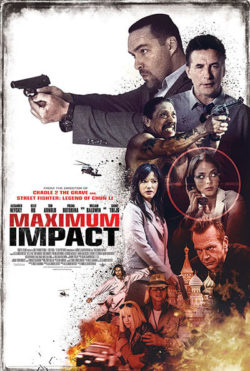 Russian Film Star and Action Legend Alexander Nevsky won big at the Action on Film 2018 MEGAFest over the weekend.  MAXIMUM IMPACT which Nevsky produced and stars in won “Best Action Film of the Year” along with wins for “Best Action Sequence” and “Best Special Effects.”
In addition, Nevsky received the festival’s “Breakout Action Star of the Year” Award and co-star Matthias Hues received the festival’s Icon Award.

“MAXIMUM IMPACT is the biggest film in my career and I’m so glad it was recognized in such a great way! I’m also happy to receive the “Breakout Action Star Award” and would like to thank “Action on Film International Film Festival” and Mr. Del Weston for this honor. But I couldn’t be here without my idols Arnold Schwarzenegger, Ralf Moeller and Matthias Hues so I would like to thank them too for all the inspiration and support over the years!” said Nevsky. 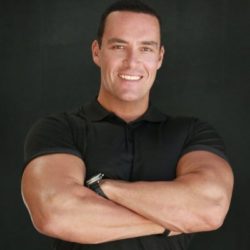 Nevsky received his Awards from Dr. Robert Goldman and Michael DePasquale Jr at the star studded MEGAFest Award Shows which were held at the RIO Hotel Las Vegas and other area venues.
MAXIMUM IMPACT will be released in theaters September 28, 2018, and On Demand and Digital Video on October 2, 2018