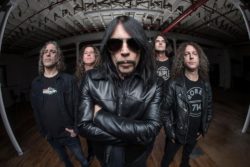 Dave Wyndorf is the lead vocalist and guitarist for the rock group Monster Magnet. The groups latest album (Their first in five years) titled “Mind Fucker” was released on March 23rd and Media Mikes had the chance to speak with Dave recently about the albums creation, its first single “I Am God” and about the groups upcoming European tour run.

Adam Lawton: It has been five years since the bands last release “Last Patrol”. Can you tell what has been going on with the band during that time and what led to the release of the new album?

Dave Wyndorf: The band tours every year predominately around Europe and the world as that’s where rock really lives. I only tour here in the states every couple of years as rock music is sort of dead here so we have to sort of wait it out. We have been in the studio quite a bit as we were re-imagining/recording two records making them sound-scapes that would allow for psychedelic, alternative listening experiences. Things never really stop we just sort of take a left or right turn down a rabbit hole and then pop up in public whenever it suits us.

AL: Can you tell us about some of the work that went into the new album and also maybe about the catchy title?

DW: I wanted to make something along the lines of a punk rock record. I wanted it to have that spirit while being this sort of proto-punk, straight ahead rock record. At the time I was doing a lot of long form psychedelia and I wanted to put this album out quick. I was kind of going from the hip and wrote this album in about three weeks. The idea was for it to be a sex, drugs and rock and roll album then the whole political and information melt down that happened from 2016 to 2018 started creeping its way into the lyrics. During the writing I had started calling the album “Mind Fucker” and thought it was the perfect title for album being released in 2018. It was really supposed to be an “I want to drive my camaro of a cliff just for fun” type of record but then the blending of all these things happened and it sort of morphed into a weird mixture of the two.

AL: Was it hard for you to transition back into writing more straight forward 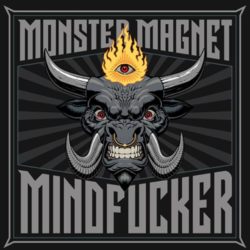 material as opposed to the long form material you were currently working on at that time?

DW: It wasn’t hard to dream it up but I did have to re-calibrate myself as to what I wanted as I wrote. It was a challenge. The thing with the long form sound-scape material is you are creating this place for people to be in for awhile. You take your time getting there. With the type of record “Mind Fucker” is it’s much quicker and goes right to the point.

AL: At what point do the other members of the band come into the writing/recording process?

DW: I start out by writing everything to a click track. I will arrange it the best possible way I can with melody, guitar and bass. From there I will take it to the drummer and come up with a proper arrangement. We get the meat of how things are going to go together and then we bring in the rest of the guys. I give them an idea of what each song is about and then they take things from there. I write with everyone in mind so that when the time comes the material is right in their wheelhouse.

AL: What can you tell us about the album’s first single “I Am God”?

DW: “I Am God” is just a way for me to yell at people without saying it’s me. (Laughs) I wanted to write a song about god yelling at people as it was apropos with the time. I figured this song would hit someone out there. It’s an easy song to remember and who doesn’t want to scream “I Am God” while riding down the highway? It was written with a sense of humor involved. Being the song is so blunt it just had to be released as a single.

AL: The band performed a couple shows here in the NY area recently and you are now set to tour Europe can you tell us about that run of shows?

DW: We kicked things off with a few shows in the New York area to celebrate the release of the album and, we will be announcing a whole North American tour here in the next few weeks. However, first we will be heading over to Europe for around a month and a half. During that time we will be looking for more opportunities during the summer in possibly Australia and/or South America. We are always trying to hit new places so we will just have to wait and see. I would really like to make it into China.

AL: Being a guy who is always busy do you have anything else you are currently working on right now?

DW: Right now I am really trying to sell the new album as hard as I can. Once I get back from Europe I will be diving in to writing and seeing where that goes. I try to focus on one thing at a time so I can get the most experience out of it and then when I am totally exhausted I sit down and think back on what I learned during that time. I just live life and then write about life. That’s where the music and lyrics come from for me.

For more info on Monster Magnet you can visit their official facebook page at: https://www.facebook.com/monstermagnet/