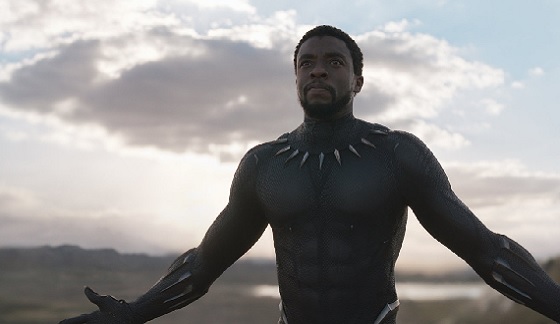 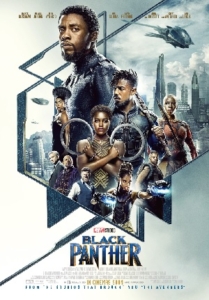 I continue to be amazed at how the films in the Marvel Universe seem to keep getting better and better.  And it’s not just my opinion.  In checking back though our pages, I found that NONE of the main film reviewers on this site (myself, Mike Gencarelli, Jeremy Werner and Lauren Damon) have given a Marvel film less than four stars out of a possible five.  And “Black Panther” is no exception.

We first met our hero briefly in 2016’s Captain America: Civil War.  Our story here takes us to Oakland in the early 1990s.  While young boys shoot hoop in the courtyard of the projects they call home, high above them they see a flash of light among a dark cloudy sky, briefly forgetting their problems.  But those problems will not go away, no matter who you are.

A story of diversity, family and compassion, Black Panther roars onto the screen at a million miles an hour.  Having lost his father, the former king of the African country of Wakanda, in a terrorist attack, Prince T’Challa (Boseman) returns home to find that he has much to learn.  The only place on the planet where one can find Vibranium, the world’s hardest metal, the country hides its vast wealth and technological advantages behind the guise of a small, third-world country.  Before he can rightly take the throne, T’Challa must accept and defeat all who would challenge him.  He does this with the help of his head of security, Okoye (Danal Gurira), brilliant sister Shuri (Letitia Wright), loving mother (Angela Bassett) and former partner in crime and matters of the heart Nakia (Nyong’o).  As the work to keep their country safe, they must take on the challenge of a long-lost relative, Erik Killmonger (Jordan), who is defiant of the fact that Wakanda is a wealthy country with seemingly endless resources.  He wants to share the wealth and make it possible for everyone to reap its benefits.  Of course, this brings a great hub-bub up to King T’Challa.  “If we take in people and their problems they wil soon become our problems as well.”  Sounds familiar.

Director Coogler, who directed Fruitvale Station and Creed, has once again filled his cast with an amazing set of actors.  Besides Boseman, who has played everyone from James Brown to Jackie Robinson to Thurgood Marshall on film recently, the cast contains recent Oscar winners Forest Whitaker and Nyong’o, as well as Academy Award nominee Bassett.  These films are meant to be taken serious and the cast more than delivers on that promise.  But these films are also meant to be fun, and with great visuals and a brilliant musical score, Black Panther more than fills the bill.