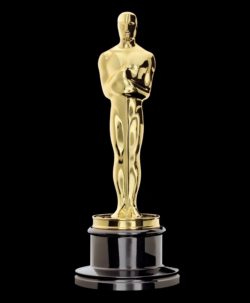 The Shape of Water, director Guillermo det Toro’s “fish out of water” love story, led all nominees when the nominations for the 90th Annual Academy Awards were announced this morning, receiving thirteen, including Best Picture and both Best Director and Best Original Screenplay for del Toro.

Other films with many nominations include Dunkirk (8),  Three Billboards Outside Ebbing, Missouri (7), Phantom Thread (6) and Lady Bird (5).  All of those films were nominated in the
Best Picture category.  Other Best Picture nominees:  Call Me by Your Name, Darkest Hour, Get Out and The Post.
Director Christopher Nolan finally earned his first nomination in the Best Director category for his work on Dunkirk.  Joining him are del Toro, Jordan Peele (Get Out), Greta Gerwig (Lady Bird)
and Paul Thomas Anderson (Phantom Thread).
Best Actor nominees are Timothée Chalamet (Call Me by Your Name), Daniel Day-Lewis (Phantom Thread), Daniel Kaluuya (Get Out), Gary Oldman (Darkest Hour) and Denzel Washington (Roman J. Israel, Esq).  Missing from this list, in my opinion, is James Franco, whose work in The Disaster Artist, was nothing short of brilliant.
For Best Supporting Actor, the nominees are Willem Dafoe (The Florida Project), Woody Harrelson (Three Billboards), Richard Jenkins (The Shape of Water), Christopher Plummer (All the Money in the World) and Sam
Rockwell (Three Billboards).  This is Rockwell’s first nomination.  All of the other actors in this category have been nominated before, with Plummer winning the award for Beginners.  If he wins, I’m curious if Plummer will thank Kevin Spacey, who he replaced in the film.
Best Actress nods went to Sally Hawkins (The Shape of Water), Frances McDormand (Three Billboards), Margot Robbie (I, Tonya), Saoirse Ronan (Lady Bird) and Meryl Streep (The Post). Amazingly, this is Streep’s 20th Academy Award nomination, giving her eight more than 2nd place legends Katherine Hepburn and Jack Nicholson.
Best Supporting Actress nominees are Mary J. Blige (Mudbound), Allison Janney (I, Tonya), Lesley Manville (Phantom Thread), Laurie Metcalf (Lady Bird) and Octavia Spencer (The Shape of Water). Again, in my opinion, this list is missing Holly Hunter, who was so good in The Big Sick.
Speaking of multiple nominations, congratulations to composer John Williams, who earned his 51st nomination for his score for Star Wars: The Last Jedi.
For a complete list of nominations, click HERE
The 90th Annual Academy Awards will be presented on Sunday, March 4th