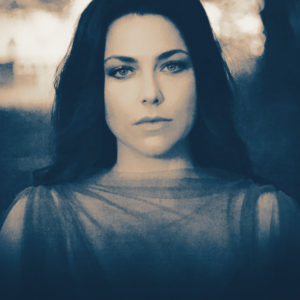 Amy Lee is the co-founder/lead singer for the Grammy Award winning rock group Evanescence. Lee has also participated in numerous other musical projects and has performed as a solo artist. Amy’s latest release is for the film “Voice From the Stone” starring Emilia Clarke and Marton Csokas. Media Mikes had the chance to speak with Amy recently about the film, her experience at Skywalker Ranch and what’s in-store for Evanescence this year.

Adam Lawton: Can you tell us about your new single “Speak to Me”?

Amy Lee: This was quite different for me. Writing a song comes from a lot of different places. This one has a really cool and unique story. It was written for the film “Voice From the Stone” which I got to actually see before writing the song. I really loved the film as it made feel so many different things. Being a new mother I was really able to connect with the film main theme as it centers on the bond between mother and son. For me to watch that and relate it to the new huge inspiration in my life I instantly knew it was something I wanted to do. I spoke on the phone with the film’s director Eric Howell and Michael Wandmacher the films composer and we had a great talk about the directional idea and once we were off the phone I went straight to the piano and came up with the initial idea. That doesn’t always happen with me. Sometimes I can go months waiting for an idea to come that I feel is good enough to move forward with. Working on this track was a very inspiring experience.

AL: Were you basing your idea on a portion of the films score or
was it something completely separate from that?

Amy: When I saw the film the score was there but it wasn’t 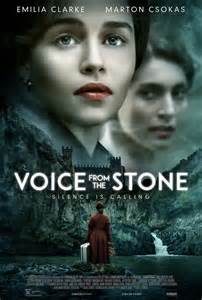 completely finished. They weren’t looking for me to do anything related to the score. They wanted me to write the one and only song in the film which has lyrics. It was helpful to see the visuals and hear some of what was going on as it helped me envision the finished product.

AL: Was this your first time writing for a film?

Amy: I have actually written quite a few things for movies however, most of the time it hasn’t made it through all of the different doors you have to go through to get to the final product. (Laughs) There have been several things that have made it though. In 2014 I did my first score which was a much bigger undertaking as opposed to doing just one song when I worked with David Eggar on the movie “War Story”. There’s another film titled “Blind” coming out later this year that I worked on the score for as well. My experience working on this latest film was very unique as I was able to travel to Italy and visit the filming locations and I was also invited out to Skywalker Ranch in California while they were mastering parts of the film. That was just a dream come true!

AL: Do you ever find differences between writing solo/Evanescence material and music for films?

Amy: Definitely. When I am writing for Evanescence or for my solo stuff and I am writing something that is supposed to represent me. I have these expectations I set for myself to ensure that whatever I do represents who I am. From the lyrics to the music I want it to showcase me. Luckily there are lots of sides of who we are so I get the chance to go down a lot of roads. When you are writing for something like a movie where you are trying to represent the emotions of a character you have to put yourself in that place and try to speak artistically from that view point. Even though it’s someone else’s emotions you are their voice and vehicle. This is different but it’s a nice change as you are allowed to make other choices

AL: What was it like being able to work at Skywalker Ranch?

Amy: After showing my idea to everyone a couple days after our initial talk and them really liking it I was invited to the Ranch to record. I had never been away from my son at the time as he was only thirteen months old. I had to really think about things as it was such a great opportunity but living in New York I would have to fly across the country to California and leave my baby for the first time ever. We hadn’t even had just a single overnight away from one another at this point. After deciding to do it things really couldn’t have been more perfect. Being away put me emotionally in the right place to write the song as I was dealing with separation which was something the song needed. It was just perfect. The ranch is such a great place for creation. There recording studio is the most immaculate place I have ever seen. I actually stayed there and when you are a guest you get stay in your own private cottage with a bike you can ride from place to place on. The one night I was there I had this idea in the middle of the night so I rode my bike down to the studio and just started working. It was the perfect free space to work. Any chance I get to work there again I will certainly take it.

AL: Can you give us an update on your solo work and what is going on with Evanescence?

Amy: About a month ago I released a new solo song called “What Exists”. Looking at my solo releases I feel like I have released more than I actually have. (Laughs) I certainly feel like I have done a lot. I have done a lot of covers. Doing covers is something you can put your own style to without the pressure of having to write a song. I did some of those covers for Disney a few years back. Evanescence has started touring again and we are gearing up to start next month. We will be in South America for a few weeks then we go to Europe. We are working on a bigger project right now which I can’t talk about just yet but we will be releasing something this year. I am very excited!

AL: Any other projects you would like to mention that you have been working on?

Amy: I worked on the score for an independent film titled “Blind”. The film stars Alec Baldwin and Demi Moore. I am not sure of the exact release date for it but I believe it should be coming out this summer, possibly fall. It was a different type of project for me. I didn’t do the soundtrack but as there was a need for music David Eggar would call me. It’s a very different film than “War Story”. For me it’s really fun to be able to work on different things as I get to learn about different genres of music or how to play a different way. There are different feelings which come along with all of that. It’s great to be able to find new collaborators and projects as you are giving yourself the space and a reason to try new things which I think can only be good for you.