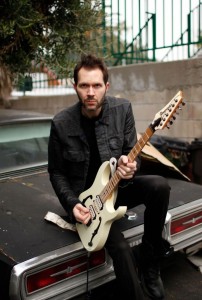 Paul Gilbert is probably best known as the guitarist/co-founder of the rock group Mr. Big a band who dominated the airwaves in 1991 with their acoustic ballad “To Be With You”. After the group broke up in 1996 Gilbert embarked on a solo career while also performing in numerous other side projects and groups. Paul recently announced the 3rd installment of his “Great Guitar Escape” which is set for late July. Media Mikes had the chance to speak with Paul recently about the upcoming event and what those who attend can expect.

Adam Lawton: What can you tell us about the recently announced Great Guitar Escape 3.0?

Paul Gilbert: It’s the most fantastic, inspirational and unforgettable guitar event of all time! There will be concerts every night, Seminars every day and lots of opportunities to jam. It’s just going to be great mix of good food, the California coast, and great times with people who love the guitar.

AL: With this being the camps 3rd yr are there things you have planned which weren’t possible during the camps previous 2 sessions?

PG: The first two Great Guitar Escapes were both really great, so I don’t want to make any drastic changes. The biggest difference would be the location. The Cambria Pines Lodge is about halfway between L.A. and San Francisco, so it’s an easy drive for people who live in California. But for the last two camps, I had people fly in from South America and Russia, so I know that nothing will hold back guitar players who really want to rock.

AL: Can you tell us a little bit about this year’s guest counselors and how you went 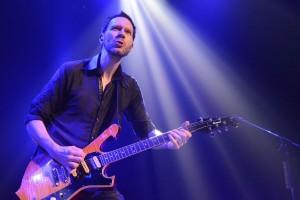 PG: Andy Timmons and Bruce Bouillet are both incredible guitarists that I’ve spent a lot of time with. Bruce and I played together in the band, Racer X, and Bruce toured in my band when I did Joe Satriani’s G3 tour. He’s a monster player, and a great teacher. Andy is an Ibanez endorser like me, so we’ve played together at a lot of Ibanez events, and of course, Andy was at my last Great Guitar Escape camp. He’s one of my favorite guys in the world to jam with. He’s somehow intimidating and generous at the same time. I’ve met Kiko Loureiro several times over the years, and he’s always been super cool. He can play a lot of different styles, but I’m happy that he’s getting a taste of big gigs with Megadeth. Dave Ellefson, who plays bass with Megadeth, is from my generation of musicians, so he’ll have a head start on the songs that I’ll be playing in the jams. And Bumblefoot has a reputation for being creative and surprising… and still rocking hard, so I’m excited to finally get to jam with him.

AL: Is this camp designed for all level of players or is it geared more towards advanced players?

PG: The GGE is good for anyone who wants to get motivated. You can sit back and enjoy the concerts and seminars, or you can plug in and join the jams. We’re all there, in person, so I like to be flexible enough to work with anything that people are interested in. Also, my idea of “advanced” has really changed over the years. To me, an advanced musician is not necessarily somebody who can play fast or complicated, but just a person who can sound really good. I could talk about this sort of thing for the next 10 hours, so I’d better save it for the camp!

AL: As we start to see more and more interactive camps taking place how do you go about keeping things fresh and making your camp stand out above others? 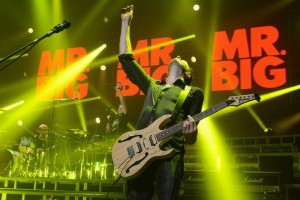 PG: There are some musicians who are best known for what they do visually. They’ve got the best leather jacket, the most explosions in their stage production, or just an astounding number of consecutive good-hair days. I’ve got legendary musicians at my camp, but they are legendary for the way that they play. And they’re good people. No bodyguards or attitudes. Just a great time being immersed in music, and the guitar.

AL: What other projects are you currently working on outside of Guitar Escape 3.0?

PG: I’ve got a new solo album coming out soon called, “I Can Destroy.” Kevin Shirley produced it, and it turned out great. The opening track is called, “Everybody Use Your Goddamn Turn Signal,” and I think I might actually save a few lives, if people heed the message of this song. I’m also nearing my fourth year with my online rock guitar school for Artistworks. I’ve recorded nearly 4000 Video Exchange lessons, and I’m still having a great time, so I’m going to keep going. And later this year, I’ll be going on tour with my solo band to play my new songs, and my favorite songs from my previous albums. Life continues to rock!

For more info on Paul’s Great Guitar Escape 3.0 you can visit http://greatguitarescape.com