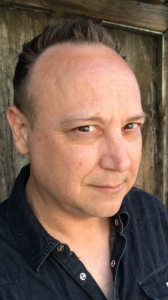 You may recognize Keith Coogan from his work in such popular films as “Adventures in Babysitting,” “Don’t Tell Mom the Babysitter’s Dead” and “Toy Soldiers.” Or you may remember him from his recurring role on “The Waltons,” where he was billed as Keith Mitchell. Coogan used his mother’s maiden name until the passing of his grandfather, Jackie Coogan. Jackie Coogan was the screen’s first child star, appearing opposite Charlie Chaplin in “The Kid” and then finding fame as an adult with his role as Uncle Fester in the classic television series, “The Addams Family.” His grandfather was a trailblazer for young actors and both Coogan’s Law, which mandates how children actors can work, and Coogan’s Account, which is where 15% of a young actor’s income goes to be saved until they are an adult, are both named for him.

This coming Monday, September 14, Keith Coogan will be appearing in person at the Kansas City Alamo Drafthouse Theatre for a screening of “Adventures in Babysitting.” In between flights on his way to KC, he took time off to talk about his career.

Mike Smith: You’re going to be in Kansas City on Monday, attending a screening of “Adventures in Babysitting” and the Alamo Drafthouse. When fans approach you on the street, is that the film they most want to talk about?
Keith Coogan: It’s really neck and neck with “Don’t Tell Mom the Babysitter’s Dead.” Of course I also have a lot of people that love to talk about “Toy Soldiers” as well. I think “Adventures in Babysitting” is the one that reached the most audiences. The other night I was doing an appearance at the Alamo Draft House in Lubbock and I kept wondering if the people were thinking to themselves, “Who is this old man sitting behind Keith Coogan’s table?” (laughs) It’s been 28 years since “Adventures in Babysitting” came out and it still plays 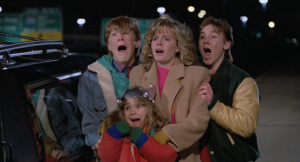 great to the house. It still gets all the laughs. It really does hold up.

MS: It’s ironic that you star in the two greatest movies ever made about babysitting. I have to ask…was that planned?
KC: No. Not planned. In fact, it was sprung on me mid-production on the second one. It was originally supposed to be called “The Real World,” because it focused on the girl (Christina Applegate) and her career goals. MTV was a producer on the film and they noted that they had a reality television show coming out with that title. They said they polled a bunch of 13-year old boys and the new name of the movie is, “Don’t Tell Mom the Babysitter’s Dead.” I asked them, “you know I was in another babysitting movie, right?”

MS: You work consistently in both film and television. Do you have a preference?
KC: Not at all. Wherever the good material is. I just finished a play about a month ago…I even tried stand-up for the first time. I really think television has come around. You see more and more featured actors making their way to television. The stigma of, “Oh, it’s television,” is gone. They can do so much more in thirteen hours with “Daredevil” then they could have in a two-hour movie. There would have been so many things they would have had to lose. Television…cable…the Internet…NetFlix. It’s all happening.

MS: This year marks the 101st birthday of your grandfather. As the first real child star, did he ever offer you any advice when you were starting out in your career?
KC: Yes. Watch your money and be careful of mothers! (laughs) He never really would offer any tips on acting. He always said it was my own thing. I remember once I was going up to play Tom Sawyer. My grandfather had appeared in the first talkie version of “Tom Sawyer” but he wouldn’t give me any advice. He told me I had to make it my own. He would only give me professional advice. Things like being on time, be prepared, know your stuff. Don’t be a 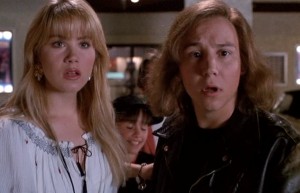 brat on the set. And, of course, to keep an eye on your money!

MS: Do you feel an obligation to carry on his legacy?
KC: He was the world’s first child star. Which means he was the world’s first former child star. He had a lot of insight into the cyclical nature of the industry. Enjoy it when it’s up…keep control when it’s not. He enjoyed working up until the last few years of his life, which is something I want to do. I want to keep doing this forever. It’s a legacy I want to continue. It’s a legacy my wife and I are constantly working on (in the background Mr. Coogan’s wife laughs and says, “Wow!”)

MS: What do you have coming up next?
KC: I am actually going to dive in and make a short film. I’ve written it and I’ve got another draft to go. It’s kind of ambitious. A great concept. It will be a nice little test run. Because what I really want to do is direct! (laughs) That’s a T-shirt you can get from the Screen Actors Guild because all actors really want to direct. I think I’m ready!