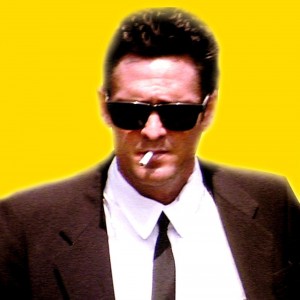 Michael Madsen is the rare actor who can give the “bad guy” enough of a heart that moviegoers often root for him instead of the hero. In films like “Reservoir Dogs,” “The Getaway” and “Kill Bill, Volumes 1 and 2,” Madsen is the bad ass that the audience loves. Not that he’s always bad. He’s shown a softer side in many films, among them “Free Willy” and “Wyatt Earp.”

I spoke with Mr. Madsen about, among other things, his seemingly busy schedule, his dislike of the Internet Movie Database, the upcoming Quentin Tarantino film “The Hateful Eight” and whether or not a “Vega Brothers” film is still a possibility.

Mike Smith: I see you’re slated to play Vegas gambling mogul Ted Binion in an upcoming film. How did that come about?
Michael Madsen: The film is going to be produced by Robert Evans and directed by his son, Josh. Ted was part of the family that owned the Binion Casinos. He wound up getting hooked on drugs and ended up with a dancer and….well, they went a little crazy. He would go out and bury silver in the desert. The film is based on the book “Death in the Desert” and we shot it earlier this year in Las Vegas.

MS: You always seem to play the tough guy. Even in an early film, like “The Natural.” Your character, Bump, was a hard ass. Do you ever just want to do an out and out comedy?
MM: I’ve done a little bit. I did “My Bosses Daugher” with Ashton Kutcher…that was pretty funny. And I did a picture called “Lumberjack Man,” which hasn’t come out yet, where I play a kind of bumbling, Peter Sellers-type detective. I think it’s pretty damn funny. My comic genius hasn’t revealed itself yet (laughs).

MS: If you look at the Internet Movie Database it looks like you’re constantly 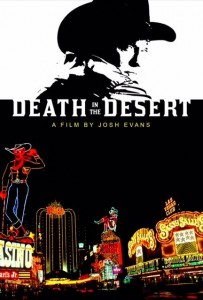 working. When do you find the time to take a breath?
MM: If you look at the IMDB you would think that I was some sort of robotic machine. But the reality is that the IMDB is very, very unreliable. I would go so far as to say that they are irresponsible. There are a lot of things on there that are supposedly in pre-production and aren’t. A lot of things that are supposedly going to be released. They also mention films in which I only appear for ten minutes. I mean, in reality, no human being can make fifteen motion pictures in one year. So a lot of those are, I would say, questionable. I mean, the films that we’re talking about right now are the films I’ve legitimately done and are going to come out.

MS: I understand your frustration with IMDB. I have a few credits on there and one of them is that I hosted my own Canadian talk show back in the 1980s. I keep telling them it’s not me but they won’t listen.
MM: I’ve contacted them many times. I’ve said, “guys, it’s ME. It’s Michael. I’m telling you right now that that movie never happened, that movie was never finished, this is never going to come out…whatever the situation. And they tell me “well, it’s a public page.” And I don’t understand that. It’s kind of bewhildering…kind of irresponsible. It’s sad, you know, that they would put out information like that if it’s not true.

MS: Well, I think if they’re given the correct information they’re not only doing a disservice to their readers but to the people they’re talking about.
MM: Yeah. Then when I talk to someone like you asking me about the (25) pictures I’m in (laughs)…I have to defend myself and say no. I’d hate to think that some people were thinking about making an interesting film and they were thinking of Michael Madsen so they go to the IMDB and go “Holy Shit!” They’re not going to call me. It’s almost interfering with my work, them putting all of this stuff in there.

MS: You’ve voiced a few video games. Is there a difference in the acting process you use as opposed to films? 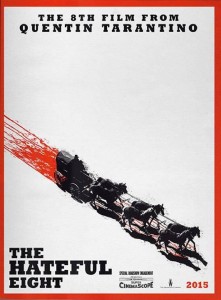 MM: Well, first off you don’t have to shave and you can show up in your pajamas. I would imagine Martin Sheen probably has a recording studio in his house. If I was him I sure would. Video games and voiceovers aren’t easy. You do have to be at the top of your game. You have to record each line several times. It does take four or five recording sessions, each of them lasting five or six hours, but in the end, some of the games are pretty interesting. People like them. I enjoy them. I really do.

MS: What can you tell us about “The Hateful Eight?”
MM: I’m a cowboy…a cow puncher. It’s a western that takes place on a mountain in the snow just after the Civil War.

MS: Since we’re speaking about Quentin, has he ever discussed with you the possibility of a Vega Brothers movie?
MM: We’ve talked about it many times. I think that over time the story would have had to change. I recently met John. Believe it or not, I had never met him. I met him at the Cannes Film Festival last year. I was there with Quentin and they did a screening of “Pulp Fiction” on the Majestic Beach, outdoors. It was pretty exciting…a great evening. And I met John. And I tell you, when the two of us were standing there next to Quentin…I think in that moment it might have become more of a reality. I think the Vega Brothers might be more of a reality. But that would be a question for the man. That would be a question for Quentin.