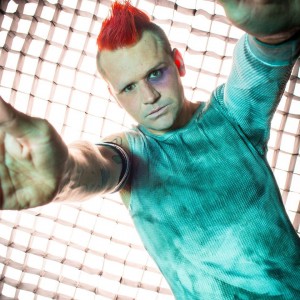 The recently reformed heavy metal band Coal Chamber is back with their first new album in 13 years titled “Rivals”. The group consisting of vocalist Dez Fafara, guitarist Miguel Rascon, bassist Nadja Peulen and drummer Mikey Cox has brought back their signature drudging, tribal like sound that will instantly capture the attention of fans both new and old. Media Mikes had the chance to speak with drummer Mikey Cox about the group’s re-formation, the creation of the new album and the bands plans for the upcoming summer tour season.

Adam Lawton: How did the idea of reforming the group come together?
Mikey Cox: I hadn’t talked to some of the band members for quite some time. I had always stayed in contact with Meeg’s because we have always been friends but there was a point where I quite the music business entirely. At one point Meeg’s reached out to Dez and he ended up performing on stage with Dez’s band Devil Driver. From there we all just started talking and becoming friends over the next few years. The opportunity to perform in Australia came about as there was a demand for the group to perform there being it was one place we have never played. We decided to give it a shot and the shows ended up being completely insane. That sort of lit the fire for to keep things going.

AL: How long after that did talks begin of starting work on a new album?
MC: Meeg’s and I had written a couple songs over the years but other than that we really hadn’t done anything with them. When we were in Australia we played to songs we had been working on more recently and he was just blown away by them. We had sort just talked about working on new material but it was never discussed about going out and trying to get a record deal. After the Australia run we did a couple more tours that went extremely well and once we realized we could coexist as individuals we figured why not try and finish what we started. When we broke up there were a lot of unanswered questions and we wanted to put an exclamation point on why we started. Since Australia things have been really amazing.

AL: The material on the new album seems very personal lyrically. What was it like for you and the other members approaching some of these topics?
MC: The cool thing about this record is that none of the song’s lyrics are about me or Meegs. (Laughs) Some of the older records there certainly was a strong dislike for one another. We all were just living these insane lifestyles back then. The fact that we are all still walking the earth is a miracle in itself. We are a very rhythmic band so when we approached the new songs things were very cohesive as Dez’s lyrics tend to follow my drumming. There is a very dark element to the new material but it’s a therapeutic release for us. With the album being titled “Rivals” people will probably take that a number of different ways. What it means for us battling a rivalry within yourself. The biggest obstacle in life is yourself and if you’re going to live or not. Once overcome that pretty much anything is possible.

AL: How was it working again with Nadja? 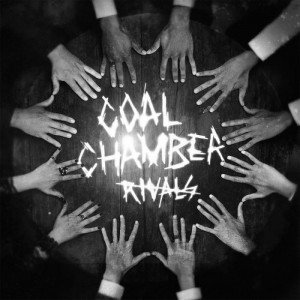 MC: Nadja wasn’t able to tour with us in Australia as she was busy with other projects so that was sort of a blow to us. Once she was able to come back to the group it was smooth sailing. She was a little hesitant at first but having her back was like putting together the final piece of the puzzle. Her playing on the record is awesome and we feel like a family again.

AL: You have a UK tour run planned for the coming months but what sort of plans are in the works for after that?
MC: We just got back from South America and have a couple weeks off leading up to the UK shows. We will be in the UK when the record comes out. We haven’t headlined over there in I don’t know how long. I think it’s something like 13 or 14 years. We got word recently that the London show is already sold out and that most of the other shows will probably do the same. The response after being away for so long has just been overwhelming. People haven’t even heard the full record yet so this all is just mind blowing to me. I don’t think I would wait 12 minutes for a band let alone 12 years. This is just amazing! I am very grateful every day I wake up and learn about a show selling out or requests to tour some place new. We are all very grateful.

AL: Are there plans to make another run here in the States once the record is out?
MC: There is. We will probably be looking to hit the states again sometime in July. There are some things we are still working out with that as well as going back to Australia again. People keep asking us if we are going to just put this record out and stop. Why the hell would we do that? We plan on being out touring for quite some time on this record and then go back in and do another record.