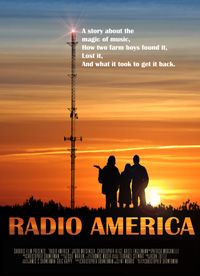 Indican Pictures, a major distributor of independently made films, has announced their latest acquisition, the musical-drama “Radio America.”

Written and directed by Chris Showerman and produced by Showerman and Clint Morris under their Showerman label, “Radio America” tells the story of two farm boys who dream of escaping their rural roots to achieve fame and fortune as rock stars.

“If Indican were the stage, and we were musicians, we couldn’t ask for a better stage to present our act. With their passion, knowledge, and skill, they are undoubtedly the right distributor to bring “Radio America” to the masses”, says Morris.

“Radio America” will be released later this year.