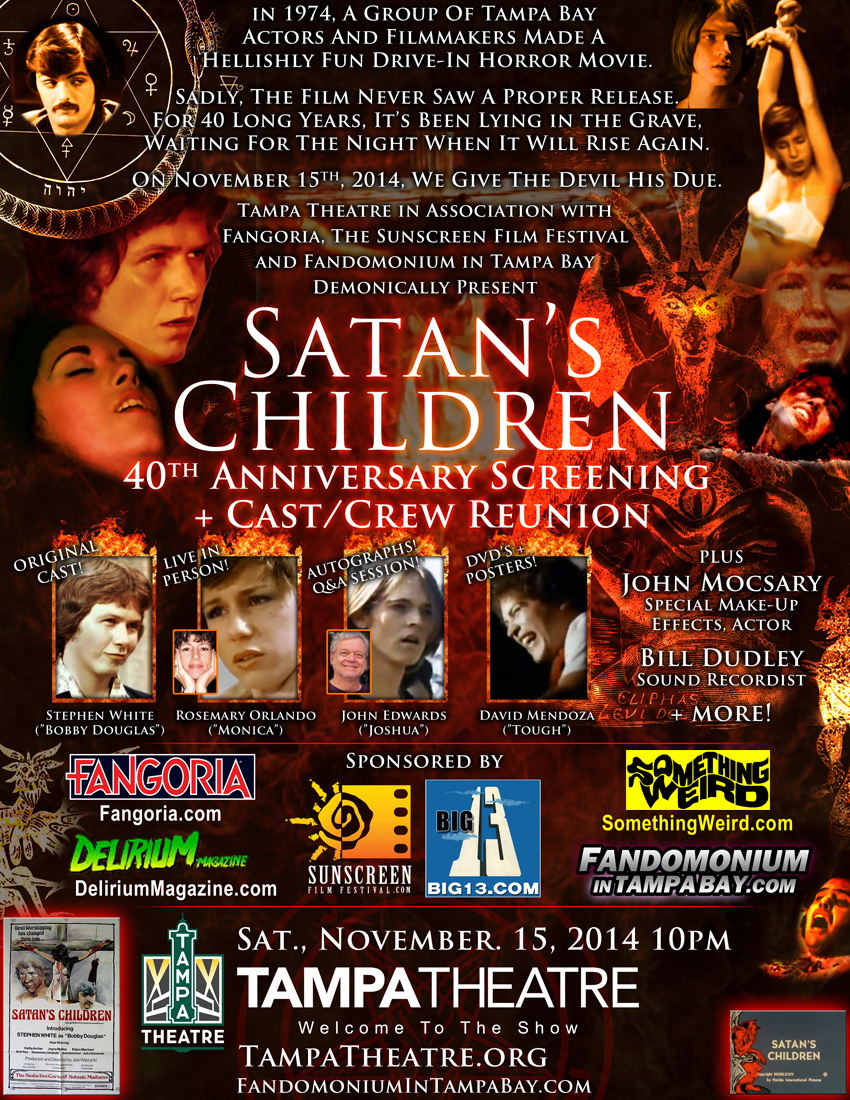 Media Mikes would like to give our readers the chance to attend a special 40th Anniversary Screening of the locally made horror film “Satan’s Children” on November 15 at the beautiful and historic Tampa Theatre.

Made in the spring of 1974, and directed by the late Joe Wiezycki, a determined group of local TV crew people filmed “Satan’s Children,” a shocking and exploitive tale of brutal revenge, bizarre unholy rituals, hedonistic hippie culture, weird sex, and the seductive spell of Satanism and devil-cults. In other words: grindhouse heaven! A fantastic acting ensemble cast was assembled, with most coming from the University of South Florida in Tampa. Sadly, the film never received a proper release.

Now, 40 years later, we’re giving the devil his due! Two lucky readers (and a guest) will win passes to attend this fun filled event. Not only will be winners get to attend the special screening, they will be able to meet some of the cast and crew from the film that will also be in attendance.

All you have to do to be eligible is to let us know below what long-ago or obscure horror film you’d like to see on the big screen. Two random entrants will be chosen and notified by email. This contest ends on November 7, 2014. Good luck!

For more information, head to http://tampatheatre.org/movies/satans-children/