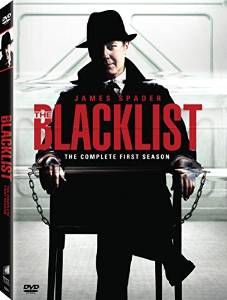 I remember the first time my wife made me watch an episode of “Boston Legal” and I was completely in protect since I wasn’t a big fan of procedural law or cop shows. Man, was my world broken open to the wonderful world of Allen Shore, played by James Spader and Denny Crane, played by William Shatner. When I saw that James Spader has a new show, I couldn’t be more excited to check it out. The show really gets your hooked to each episode. They throw out little bread crumbs and lead you in for their reveal to it’s numerous secrets. Spader really gives an outstanding performances as Raymond “Red” Reddington. It is just such a great role for him. I highly recommend this show and those who are fans already this DVD will hold you off until season two premieres on September 22th.

Official Premise: Raymond “Red” Reddington, one of the FBI’s most wanted fugitives, surrenders at FBI Headquarters in Washington, D.C.. He claims the FBI and he have the same interests, that is, getting rid of dangerous criminals and terrorists. Reddington will co-operate, but insists he will speak only to Elizabeth Keen, a rookie FBI profiler. Keen questions Reddington’s sudden interest in her, despite his claim she is very special. After the FBI brings down a terrorist he provided information on, Reddington reveals that this terrorist is only the first of many. In the last two decades, he’s made a list of criminals and terrorists he believes matter the most; a list the FBI doesn’t know exists. Reddington calls it “The Blacklist”.

“The Blacklist: The Complete First Season” comes with some decent extras, even though there is more included on the Blu-ray copy, as well as a digital copy for the episodes. I would have loved to have that available to me as well. To start with the extras there are commentary track on the pilot episode, “Anslo Garrick Part 1” and “Berlin: Conclusion” with Jon Bokenkamp, John Eisendrath and Joe Carnahan. They are very informative and a great way to re-enjoy the show. If you want more you got it since there are literally twenty-two, that’s 22, making-of featurettes called “Beyond The Blacklist”, which looks into each episode. Lastly “The Insider: Behind The Scenes Of Season 1” looks into the making of the season, as a whole.