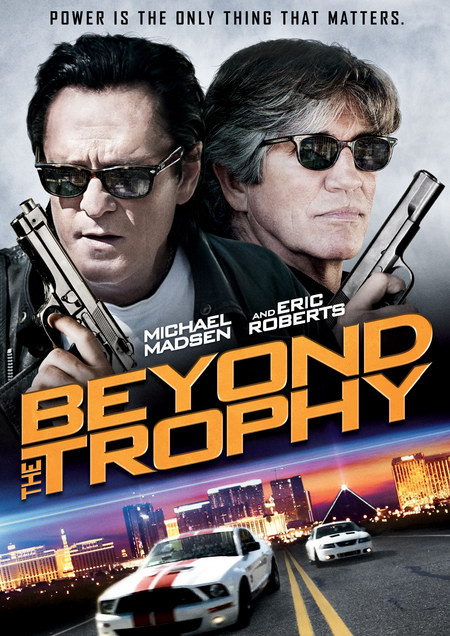 MediaMikes.com and ARC Entertainment have teamed up to give (5) lucky readers a chance to win a DVD copy of the new film “Beyond the Trophy” starring Academy Award nominee Eric Roberts and Michael Madsen.

All you need to do is let us know below your favorite Eric Roberts performance. Is it his breakthrough role in “King of the Gypsys?” How about the sleazy Paul Snider in “Star 80?” Or his Oscar nominated work in “Runnaway Train?” (5) random entries will be chosen and the winners will receive the newly released DVD “Beyond the Trophy.”

SYNOPSIS: BEYOND THE TROPHY tells the story of men’s obsession with power and how far they will go to claim the “prize”. Two rival gangs in Los Angeles and Las Vegas, led by Gino (Robert Miano) and Cole (Michael Madsen), are vying for control. Danny (Michael Masini), an LAPD undercover police detective, goes deep into gangland to infiltrate one gang to bring down both. Along the way, he becomes entangled with the beautiful and seductive Angela (Ali Costello), whose relationship with her husband Jake and mob leader Gino makes her the focal point of an intoxicating romantic equation-with deadly consequences. Her dream is to escape the wrath of evil abusive men, and find the love she never knew.