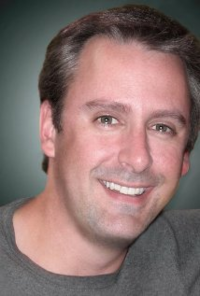 Kevin Kliesch is a composer that recently earned his first Emmy nomination for his work on the hit Disney Junior series “Sofia The First”. He has worked as a composer and orchestrator on over 100 feature films spanning the past seventeen years, including “Frozen”, “The Hangover” and “Tangled”. He also received his first Annie Award nomination for his work on the “Thundercats” series in 2012. Media Mikes had a chance to chat with Kevin about his work both composing and orchestrating.

Mike Gencarelli: Tell us how you got started composing for the Disney Junior series “Sofia the First”?
Kevin Kliesch: I had worked as an orchestrator on “Tangled” in 2010 and became friends with the film’s editor. After hearing my mockups and orchestrations from Alan Menken’s score, he happened to recommend me to the head of music at the Disney Channel since they were looking for a composer to score their new series “Sofia the First.” I met with the Sofia team and they liked my background, so I got the job.

MG: Congrats on your first Emmy nomination for your work on the show; what do you enjoy most about composing for this show?
KK: Thanks! The best thing about writing for Sofia is that I get to write the traditional Disney-style music that we all grew up with. The producers wanted to stay away from typical cartoon music and instead draw on the lush sound of past Disney films, which I am honored to have been a part of, having worked as an orchestrator on “Enchanted,” “The Muppets” and “Tangled.”

MG: How is it going from a show like “Sofia the First” to working with DC Comics’ animated movies like “Superman: Unbound” and “Justice League: War”?
KK: The two are musically about as far apart as you can get! I really enjoy scoring the DC films because it gives me a chance to write in a completely different genre than the Disney style. I’ve always been a fan of action scores, so it’s great to be able to call up a different palette of sounds and get my superhero vibe going. 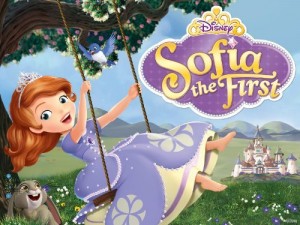 MG: “Frozen” and Tangled” are two of my favorite newer Disney films; tell us about your involvement with these films?
KK: I was the orchestrator on both of those films. On “Tangled,” I worked with the legendary Alan Menken on bringing his score to life. He would send me complete piano sketches and I would have to take those and make complete orchestra scores from those sketches. I also had to do computer mockups of all of the music so the directors and producers could hear what the score was going to sound like before we went to record it with a live orchestra. On “Frozen,” I didn’t have to do any of the mockups since the composer Christophe Beck did his own mockups, but I did wind up orchestrating about two thirds of the score from his sketches.

MG: Switching roles from orchestrator to composer; what do you enjoy most and why?
KK: As an orchestrator, I get to work on someone else’s vision of how the score should support the film’s narrative. As a composer, I get to create that vision myself – which is eminently enjoyable. Being able to translate emotion into music is both very challenging and rewarding.

MG: How does it differ doing a score for a film than it does for a television series?
KK: There’s not much difference in terms of how I approach the story. Both genres require that the music support the drama and the characters; I always strive to give emotional weight to what’s happening on screen. There’s also not much difference in the time I have to do each project. While a DC film might have 70 minutes of music, I’m usually given a few weeks to complete it. On my television series, I usually wind up writing 20 minutes per episode, and I get anywhere from 7-14 days to do that. Both genres require that I write about 3 minutes a day to reach my deadline.

MG: I have a two year old daughter, who loves “Sofia the First”; with you also having a young daughter, does it only making working on a show like this 100% better? 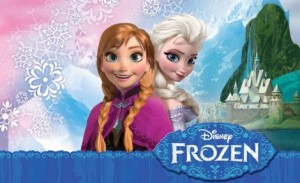 KK: Absolutely! My 6-year-old comes into my studio every day and asks me what episode I’m working on. Sometimes I’ll play the whole episode for her, which she loves because she gets to watch it before anyone else! I also really enjoy watching the episodes with her when they air on tv.

MG: Being a fan of the series; I have to ask was it a daunting task to redo the theme song for the reboot series of “Thundercats”?
KK: It was daunting only for the fact that the producers wanted to compress the 2-minute original theme song down into 10 seconds, so I had to figure out how not to make the die-hard fans angry!

MG: What else do you have in the cards for the rest of 2014 and onwards?
KK: “Sofia the First” has been renewed for a third season, so that will keep me busy well into 2015. I’ve also been approached to orchestrate a new ABC/Disney television series called “Galavant” which will have original songs written by Alan Menken and an original score by Christopher Lennertz. So I’m super-excited to be working with the Disney team again!