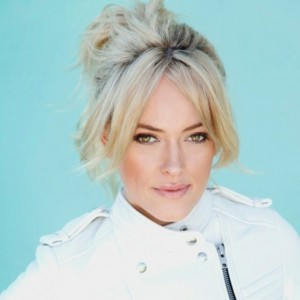 Peta Murgatroyd is a New Zealand born dancer who has been performing since the early age of 4. Peta has danced and competed all over the world and in 2004 she joined the cast of “Burn the Floor” on Broadway.  Peta is probably best known as part of the cast of the popular television show “Dancing with the Stars” where she has been partnered up with everyone from Metta World Peace to Donald Driver. She currently is dancing with Big Time Rush singer James Maslow on season 18 of the series. Media Mikes had the chance recently to speak with Peta about the show and her dancing career.

Adam Lawton: Can you tell us what first sparked you interest in dancing?
Peta Murgatroyd: I started ballet when I was 4 years old. I think that is something every mother starts out wanting their daughter to do. They want them to learn to be pretty and beautiful. I ended up absolutely falling in love with it and by 10 I knew that’s what I wanted to do as a career. I auditioned for the top ballet company in Perth, Australia and was accepted. During this time I changed schools and started attending a performing arts school. I had to make a lot of changes at this stage in my life. By the time I was 17 I was competing around the world and from there I started learning ball room dancing. I landed a spot in a show on Broadway which ended in 2009. After doing that for 6 years I felt I was at my peak and that it would be a good time/place to stop. I ended up turning to television and here I am.

AL: Was there ever a time early on in your career where you felt that maybe dancing wasn’t the right path for you?
PM: Absolutely! There were many times where I questioned not only myself but also my family as well. All of these things cost a lot of money. We were not poor but classes and everything were very expensive. I often had a job waitressing to help pay for some of my dresses and such. I often thought about if what I was doing was the right thing and if dancing was something I could make a career of. I always made sure that I did well with my schooling because I was just unsure as what was going to happen. I actually tried to give up my schooling at one point but my parents wouldn’t let me. I was traveling all over the world dancing while also studying for all of my classes and exams. In the end I put everything into dancing as I realized how much I did love it.

AL: How did you first get involved with “Dancing with the Stars”?
PM: The show was actually on in Australia and they had asked me to be on it however I wasn’t sure If I wanted to give up what I was doing at that time to be on a reality television show. That was just a lot to take on at a young age. When I was on Broadway the producers of “Dancing with the Stars” came to one of the performances and afterwards immediately handed me a contract to be on the show. That was pretty awesome! I didn’t have to audition or anything which was really cool. I let the first season go by as I wanted to watch how the show worked here in the U.S. My boyfriend at the time was actually on the show so I was able to watch him and really get a good idea of how things worked before I started on the next season.

AL:  What do you feel is the biggest challenge when getting paired up with your partner for the first time?
PM: There are lots of little challenges along the way but probably the biggest thing is just getting to know your partner and how they work with a woman in a room for six hours a day. (Laughs) Sometimes I might not know a lot about my partner beforehand so I look them up on Google. It’s really great to see how far you can push your partner and help them become a better dancer and progress through the contest week after week.

AL: Can you give us a little bit of an idea as to what goes on behind the scenes during the show?
PM: I wish they showed more of the rehearsal time. A lot of what they show is just a minute or two from a week’s worth of rehearsal. The producers choose those scenes and a lot of times they are trying to follow a story line. There is just so much more that goes on and there are a lot of funny moments that happen. They often tend to follow just one emotion. With me they tend to follow more of my serious side. That’s just one piece of my personality. I am always goofing and like to have a lot of fun. I wish the viewers could see all the different emotions and fun we have leading up to each performance.

AL: Are you working on any other projects after this season of the show wraps up?
PM: I am going to be performing for a week in Canada as part of a theater show there. I have a number of appearances and little shows booked here and there but my main focus after this season ends is to continue on with my acting. When I’m not working on the show that’s my time to go through scripts and go on auditions. When I am working on “Dancing with the Stars” I really have no time for anything else.

AL: Were you always interested in perusing acting alongside dancing?
PM: Acting was something that I always wanted to do and explore. I have found that I really enjoy character dances. I found I really know how to get into a character and I love the acting side of things.  Acting is certainly still new to me and I have been taking classes and working with a private coach to help me get stronger. Acting is something I would love to be able to crossover in to.