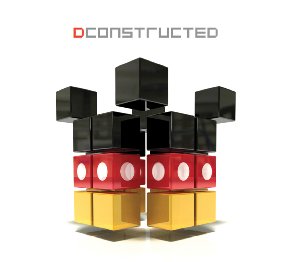 When I read that Walt Disney Records was going to release a comprehensive compilation of classic and current music from it’s longstanding Disney catalog remixed by today’s hottest DJs/producers from across the globe, I thought this was going to be a real trip. Afer a few listens though, I am really not feeling it. The 14-track collection features remixed version of multiple Academy Award-winning film songs including “The Lion King” and “Frozen” and Daft Punk’s “TRON: Legacy”. In the 14 tracks, I love maybe 4 and the rest I can easily do with out. I have a 2 year old daughter and after seeing this advertised I thought she would love to dance around to this but after showing her, she easily walked right out of the room and I wasn’t far behind.

Electronic Dance Music superstars Avicii, Armin Van Buuren and Kaskade are a few of the talented musicians that have put their spin on these timeless favorites. There is definitely a lot of range in these albums ranging from the new “Monsters University”, “The Incredibles”, and “The Muppets” to a more obsure Hawaiiaanette album featuring Annette Funicello.  Classics like  “Toy Story”, “Sleeping Beauty”, “Dumbo” and music inspired by the original Mickey Mouse cartoons pop up as well and even the theme song from the Disneyland Park’s Main Street Electrical Parade.

Easily a few of my favorite tracks are “Let it Go” with Armin van Buuren’s remix, I can easily listening to this track on loop for hours. “Partysaurus Overflow” from the “Toy Story” short “Partysaurus Rex” is also amazing from BT. “Fall” from “Tron: Legacy” also gets a pretty snazzy Japanese Popstars remix. After that nothing really jumped out at me that I would really want to listen to again. Especially tracks like “The Muppet Show Theme” with the remix by Shy Kidx, which is downright creepy. I am normally a fan of EDM but these to me besides the ones I mentioned really don’t seem to represent their songs well and are left flat.