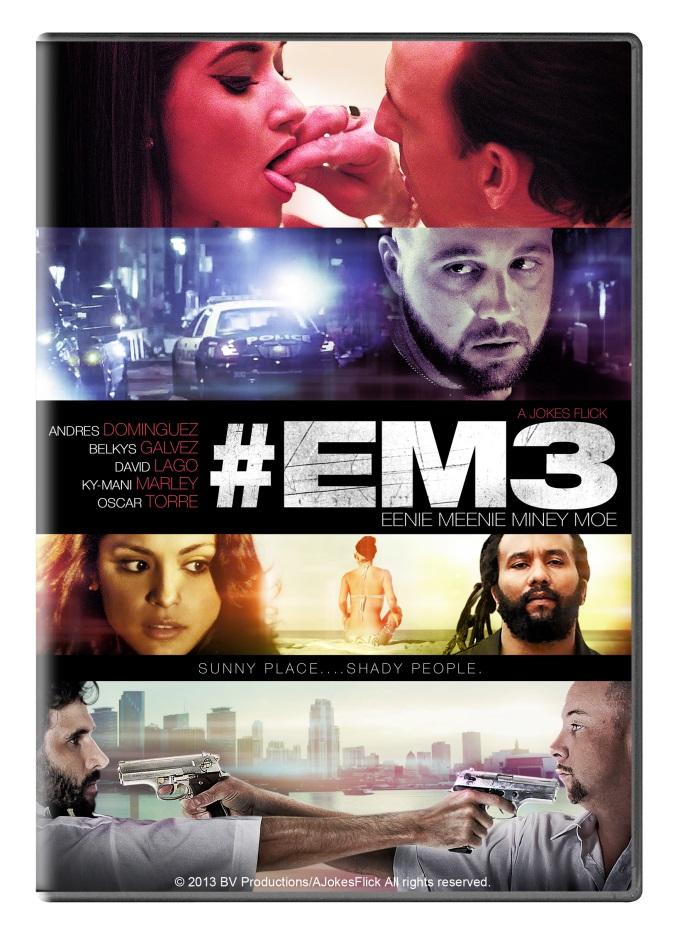 It is Miami Beach, but it may well be LA, Chicago, NY, Atlanta, Dallas, or anyone’s backyard, where hustlers play and the game has no rules.

Featuring electrifying performances by the likes of Andres Dominguez, Hangover Part 3’s Oscar Torre and International Music Artist Ky-Mani Marley, #EM3 is a sexy, thrilling, and hip drama that serves as a reminder that every choice has its rewards and consequences.

When Raul (Dominguez), Miami tow truck driver with a secret car thief habit, builds a network to fence his stolen goods, his criminal franchise prospers. But, when he and his new neighbor Nikki (Belkys Galvez) spark a spur of the moment relationship, it sets off a deeper affection that begins to dismantle Raul’s finely tuned conspiracy ring. Raul on his quest for a “High Score” makes an important choice that has an unexpected outcome with never imagined consequences affecting everyone around him including the only love of his life.

Called “wilder and crazier than anything you might have imagined” by the Miami Herald, #EM3 combines a sizzling, sweat-inducing story that plays to the beat of some of today’s hottest artists, including Thirstin Howl the 3rd, Otto Von Schirach, Mayday and Miami Beat Wave.