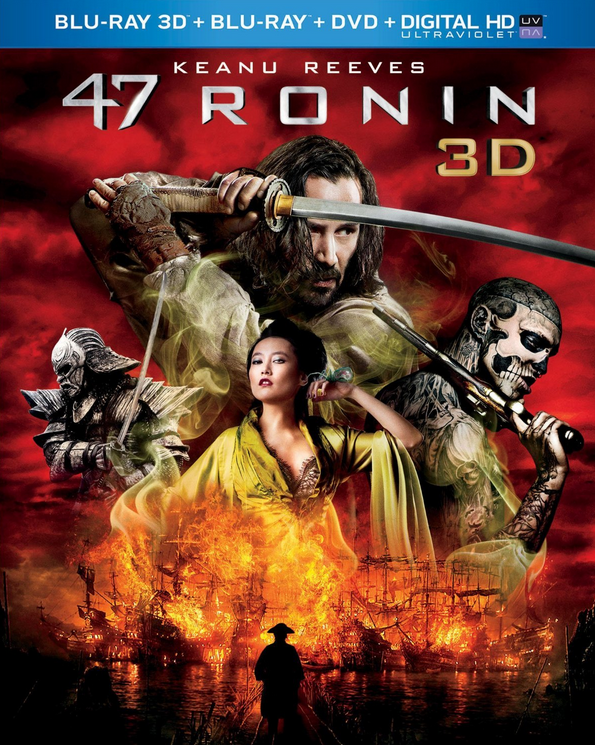 Universal City, California, February 4, 2014— Keanu Reeves (The Matrix trilogy, The Day The Earth Stood Still) stars in a reimagining of one of Japan’s timeless tales, 47 Ronin, available on Blu-ray™ 3D and Blu-ray™ Combo Packs, DVD, DIGITAL HD including UltraViolet™ and On Demand on April 1, 2014, from Universal Studios Home Entertainment.­­­

Based on an epic story, this extraordinary tale of inspiring courage has its origins in the early 18th century. After a treacherous warlord kills their master and banishes their kind, 47 leaderless samurai vow to seek vengeance and reclaim their honor. Transformed into a thrilling, visually stunning 3D film by director Carl Rinsch, 47 Ronin tells the story of a small group of warriors, or ronin, on a quest to avenge the death of their master. Battling across a savage world of mythical beasts, shape-shifting witches and wondrous terrors, the ronin must seek help from kai (Reeves), an enslaved half-breed they once rejected – in their ultimate fight for redemption.

Keanu Reeves leads an international cast that includes Hiroyuki Sanada (Sunshine, The Last Samurai) as Oishi, the leader of the ronin; Tadanobu Asano (The Wolverine, Thor: The Dark World) as Lord Kira, the treacherous villain who will stop at nothing to destroy his enemies; Academy Award®-nominated actress Rinko Kikuchi (Babel, Pacific Rim) as the Witch, a siren who executes Kira’s deadly plans; and Ko Shibasaki (The Lady Shogun and Her Men, One Missed Call) as Mika, the forbidden love of Kai’s life.

The Blu-ray™ Combo Pack includes a Blu-ray™, DVD and Digital HD with UltraViolet™.