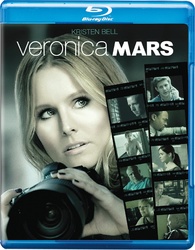 “Veronica Mars” is a cult favorite TV series that premiered in 2004, ran for three seasons and then was canceled in 2007. The show has built up quite the following over the last few years and finally a Kickstarter campaign was started to get a feature film made. Well, the campaign was record-breaking success raising $5.7 million from 90,000+ backers. The film picks up several years after the events of the TV series and features the return of original cast members including Kristen Bell, Enrico Colantoni, Jason Dohring, Percy Daggs III, Tina Majorino, Krysten Ritter, Ryan Hansen, Francis Capra and Chris Lowell. This is a really a project for the fans of the show. If you are a fan of the show, then this is a must watch. If you have never heard of “Veronica Mars”, you are still able to pick up and watch it and then binge the seasons afterwards. Plus how adorable is Kristen Bell, right?

Official Premise: Veronica Mars (Bell) has put Neptune and her amateur sleuthing days behind her on the eve of graduating law school. While interviewing at high-end law firms, Veronica gets a call from her ex-boyfriend Logan (Dohring) who has been accused of murder. Veronica heads back to Neptune just to help Logan find an attorney, but when things don’t seem right with how Logan’s case is perceived and handled, Veronica finds herself being pulled back into a life she thought she had left behind.

Warner Bros is delivering this film as a combo pack with the Blu-ray and an Ultraviolet Digital Copy for those who didn’t get it with the Kickstarter backing. This film made $3.5 million in theaters, so it wasn’t a smash hit but for a film that was release same day on VOD, I think that is pretty damn amazing. I don’t know if that means that we are going to be seeing a sequel anytime soon but I guess that will depends on the Blu-ray sales, so marshmallows be sure to pick up your copy first thing on May 6th. The 1080p transfer looks solid and is well shot. It packs the required neo-noir detective feel to it and I am sure that fans will dig that as well. The DTS-HD Master Audio 5.1  track works well with the film’s music and score.

In terms of special features, again it is definitely all for the fans. Sticking with that theme is “By The Fans: The Making of the Veronica Mars Movie” focuses on how the film got made and a behind-the-scenes look into the making of it. There are some Deleted Scenes and a very funny Gag Reel. Lastly there is a six part featurette called “More On-Set Fun”. which dives into the shooting and all the crazy antics from the cast/crew, including “Welcome to Keith Mars Investigation”; “Game Show with Kristen Bell and Chris Lowell”; “On Set with Max Greenfield”; “Veronica Mars’ Backers”; “It’s Not All About You, Monkey” and “Young Veronica”. The real let down for me is no commentary track, I just seeing that being a no-brainer for this type of films as fans would no question love that extra look into the production but I could be wrong.