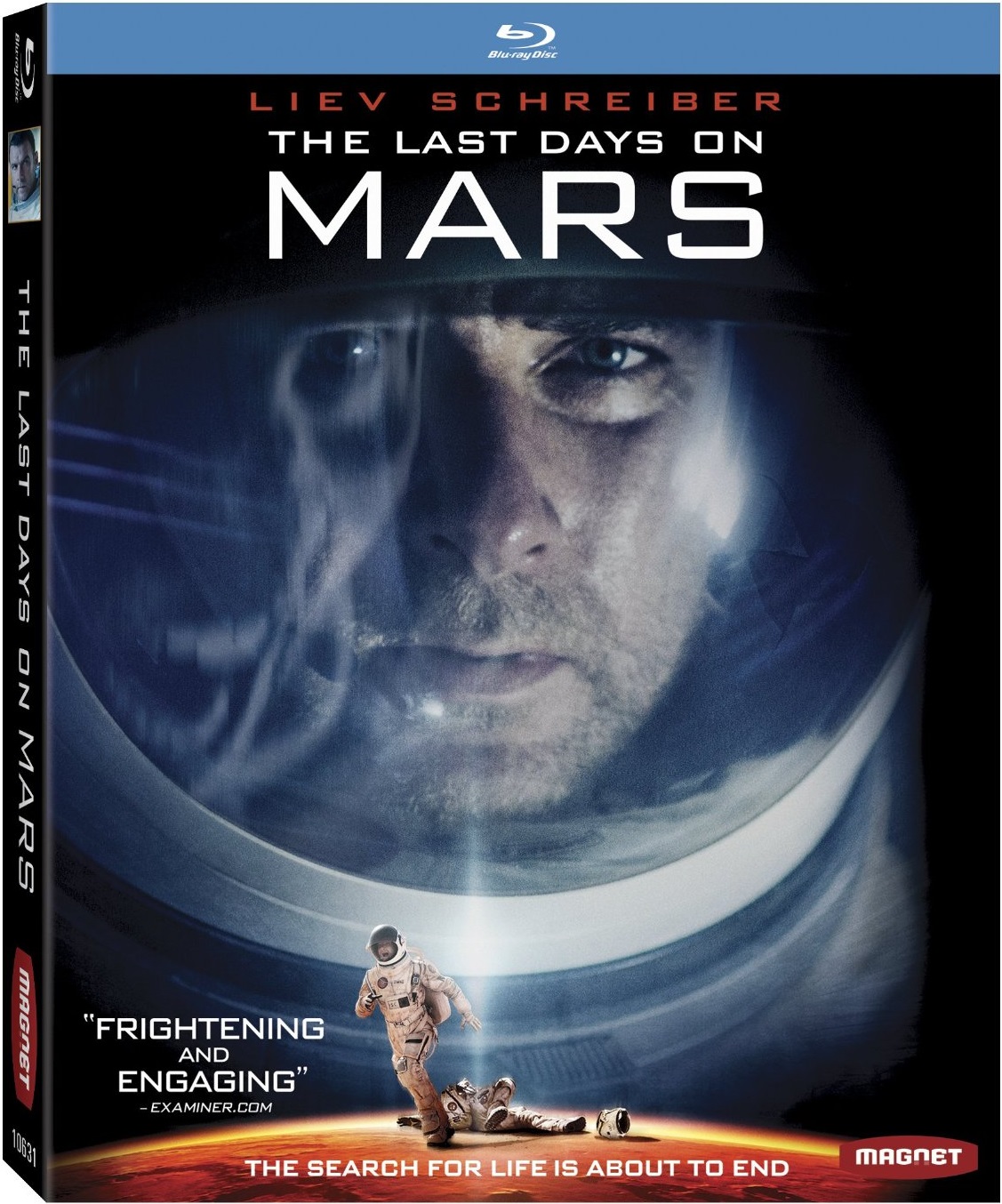 Media Mikes would like to giveaway a Blu-ray of “The Last Days on Mars”, which stars Liev Schreiber. If you would like to enter for your chance to win this great prize, please leave us a comment below or send us an email indicating what is your favorite film set in space or another planet? This giveaway will remain open until March 14th at Noon, Eastern Time. This is open to all fans of Media Mikes, worldwide!! One entry per person, per household. All other entries will be considered invalid. Media Mikes will randomly select winners. Winners will be alerted via email.

On the eve that the crew of the very first manned expedition to Mars is about to return to Earth, it makes an astounding discovery fossilized evidence of life on Mars. Oscar® nominated and visionary filmmaker Ruairí Robinson, along with an extraordinary special effects team including the people behind DISTRICT 9, X-MEN: FIRST CLASS and AVATAR, introduce us to a terrifying new landscape, where the scientific discovery of life might be the death of us all.