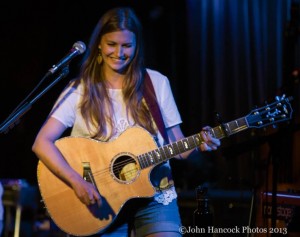 Jessie Bridges is the daughter of actor and musician Jeff Bridges and also a singer/songwriter herself. She has put out two albums to date, the first is an EP and the second is a full-length album called “Let it Breathe”. She recently toured with her father in 2013 and opened for him at the CabFest this year. Media Mikes had a chance to chat with Jessie about her music and what inspires her.

Mike Gencarelli: Tell us about how you found your sound for your music?
Jessie Bridges: My dad taught me how to play the guitar and growing up I used to strum along and play covers. I went through all the puppy love stuff that I was inspired to write and some really cheesy songs came out of that. Back in 2009/2010, I came out with my first EP, which was just four songs that I produced with my two friends. We went to a little house in Vermont, lived there for about two weeks and figured out the songs and how we wanted to develop the sound. It was like a music retreat. My goal for the EP was to have this experience of what it would be like to be in a studio. I feel that it is very well done but with my second and latest album “Let it Breathe”. I was able to locate something in me that felt much more authentic and real. It all happened in Vancouver, Canada. when I was working on a movie with my dad, as his assistant. I ended up falling into this circle of musicians at the time and ended up writing the song “Let it Breathe”. It just kind of developed on its own and I realized that that was the sound that I was going for. Then once “Let it Breathe” was recorded, I had an opportunity to stay in Vancouver. So I extended my trip and recorded the rest of the album.

MG: Can you give us the story behind your song “Heartbreaking Heart”?
JB: Absolutely, it is obviously a really sad song but it also has a very interesting story. As far as my songwriting goes, I don’t have a formula or structure. My songs come to me in all different ways. That song came to me years after my boyfriend and I had broken-up. I had this guitar pick with the word “heartbreaker” on it and so from there I just started playing and it manifested itself. It was also a way for me to work through these old pains and feelings that I wasn’t able to recover from previously. I have to say it is probably one of my favorites of all of them. As sad and emotional as it is, it is one of my favorites.

MG: How did it feel getting to open for your father at CabFest this year?
JB: It was actually really cool. My dad actually went on tour this past summer. We did an eight show stretch and I ended up opening for those shows and then he would ask me to comeback out and sing backup vocals on a few other songs. We have such a blast together and it is so much fun. There is a lot of love on that stage and I think people see it and really support that. 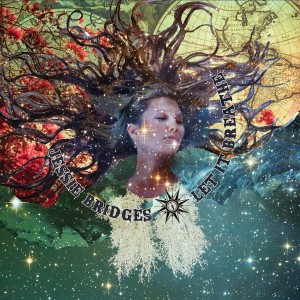 MG: Any new songs/albums planned for 2014?
JB: I do actually. In fact, out of all the interviews that I have ever done you are the only one to ever ask that question [laughs]. This is the deal though, due to the way that the music business is run these days anyone can put anything out. I originally got advice back for “Let it Breathe” album to release it as two seperate EPs and not a full album. But I said “Fuck that” because this album is an 11-song compilation that I put all this work into and I wanted to get it out there. I have been in the studio working on a new song that I am really excited about. It just needed to be mixed, do some background vocals and maybe add a little piano. So what I think my next move will be that once that is done, I am going to release it as a single on iTunes, Soundcloud etc. I think I will release my next few upcoming songs as singles in fact. I find that that way I am able to keep people’s interest more makes them excited as to what is coming next.

MG: Lastly, can you help me convince your father to come out with another album soon [laughs]?
JB: [laughs] Yeah, I think that he is exploring that possibility. I know he hasn’t been in the studio recently to record but he is always buzzing with excitement over music. He loves it so much.